5 Of The Shortest Basketball Players In NBA History

Jan 12, 2022 | Saríce Holley
Share on Facebook
If you’ve ever watched even a snippet of an NBA game, you’ll quickly notice that it’s a sport dominated by those with exceptional height. While the average American male is 5 ft. 9 in. tall (1.76 m), the average NBA player is a staggering 6 ft. 7 in. (2 m). 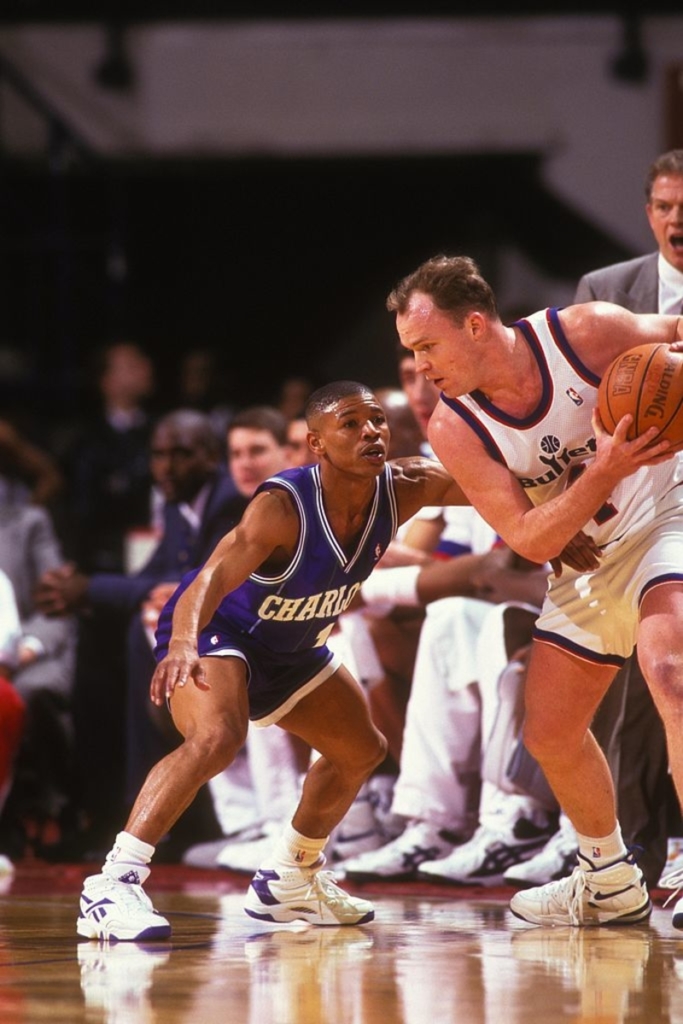 Getty Images Photo by Mitchell Layton
Even so, from time to time, you’ll spot a player with average, and even below average height, dribbling between his fellow sky-scraping players. Here are 5 of the shortest basketball players to dribble their way to the NBA, proving that on the court at least, size doesn’t matter.

While Thomas is the tallest player on this list, the, now retired, Detroit Pistons point guard was definitely shorter than his fellow teammates. His college basketball coach, Bob Knight, even gave him the nickname “Pee Wee” because of his relatively short stature. 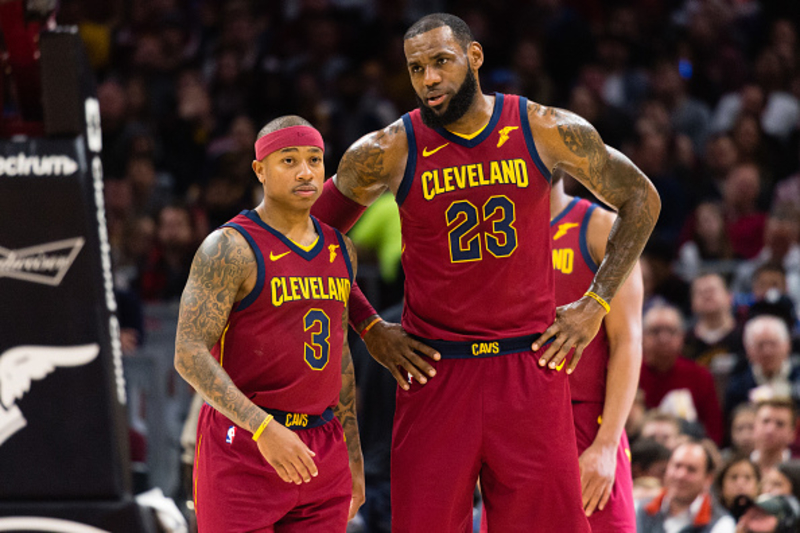 Don’t feel sorry for him though because that definitely didn’t keep him from becoming a 12-time NBA All-Star, who is still recognized as one of the 50 Greatest Players in NBA History and an inductee of the Basketball Hall of Fame.

Iverson, also known as “The Answer”, is a true all-star. In high school, he was both a talented football and basketball player. When he decided to pursue basketball in college, he quickly made a name for himself becoming a record-setting shooter, and a skilled defensive player, earning the title of Defensive Player of the Year both years he attended. He could literally do it all. Iverson played in the NBA for 14 seasons as both a point guard and a shooting guard. 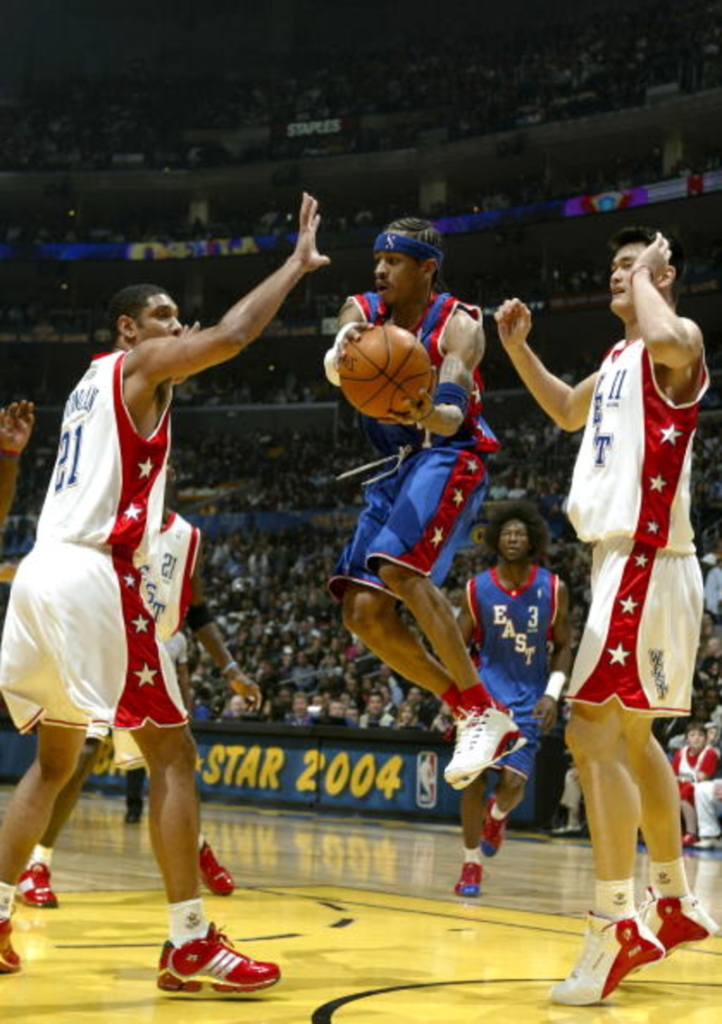 He was one of the most proficient scorers in NBA history, averaging 26.7 points per game, ranking him 7th all-time. He is an 11-time NBA All-Star, who won two All-Star game MVP awards (2001, 2005), and was NBA’s Most Valuable Player (MVP) in 2001. If that wasn’t enough, he’s also a 2004 Summer Olympics Bronze Medalist, and thus, in 2016, this 6 ft tall baller was inducted in the Basketball Hall of Fame to forever be known as one of the greats.

Basketball scouts recognized Webb’s talent early on but because of his height, they predicted that he’d play for the Harlem Globetrotters, or for one of the European Leagues. As he enjoyed a successful 12 season-long career in the NBA, playing for the Atlanta Hawks, Sacramento Kings, and Orlando Magic, they were obviously wrong. 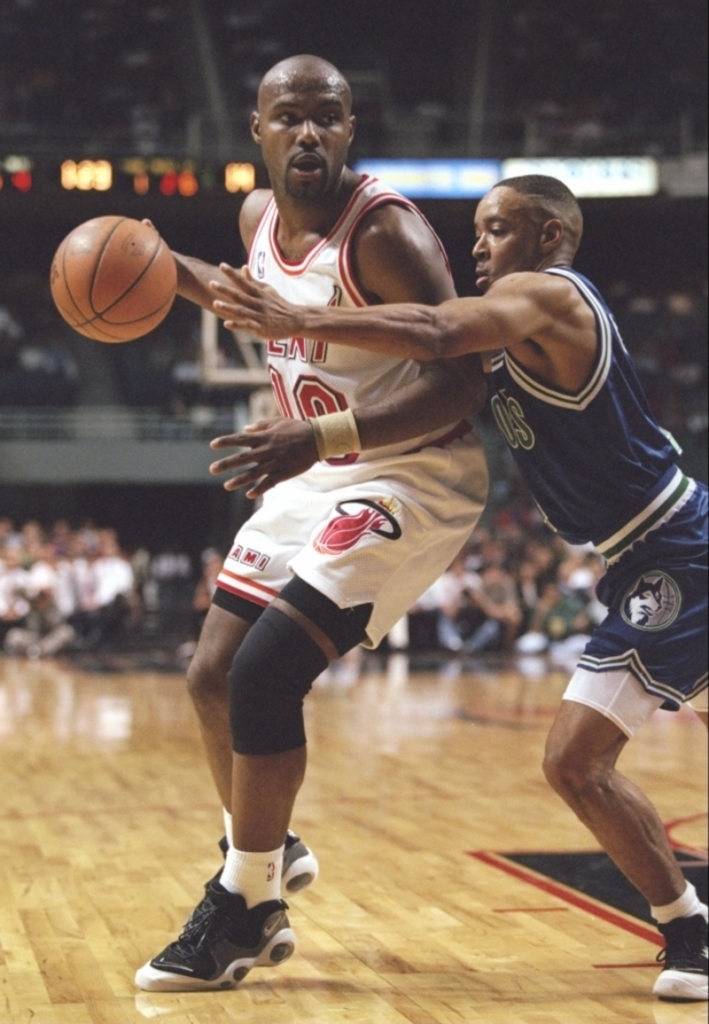 Throughout his career the “Spud” played 814 games, averaging 9.9 points per game, and registering 8,072 points and 4,342 assists. He was famous for his extraordinary vertical jump of 42 in (1.06 m), just to compare, Leron Jame’s measures at around 40 in.. His most memorable achievement, however, was winning the 1986 NBA Slam Dunk Contest, despite being one of the shortest players in the league’s history.

Following Muggsy Bogues, in the ranks, Boykins is the second-shortest player in NBA history. As a teenager, Boykins played high school basketball at Cleveland Central Catholic High School. Averaging  24.6 points per game, he was ranked the best Cleveland-area high school basketball player in the 90s. As an NBA player, Boykins appeared in 10 different jerseys, playing for 10 teams in his 14-year long career. 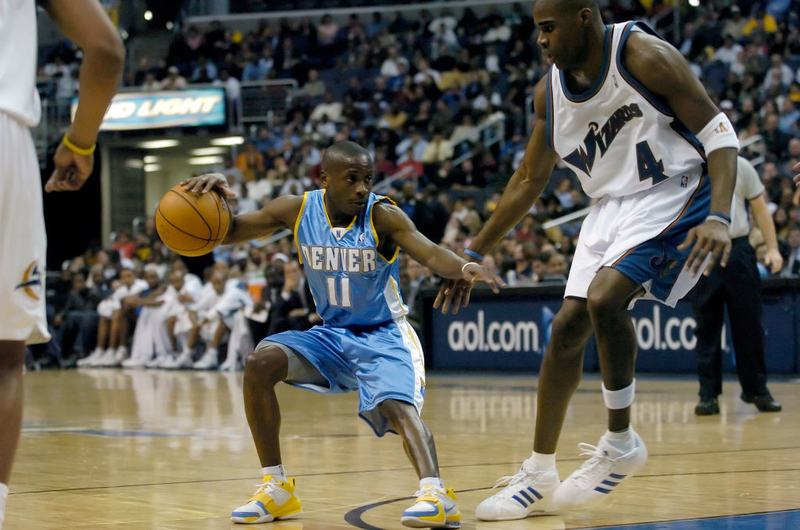 Boykins played for the LA Clippers, Milwaukee Bucks, Golden State Warriors, Charlotte Bobcats (now Hornets), Cleveland Cavaliers, Orlando Magic, Houston Rockets, Washington Wizards, and the New Jersey Nets (now Brooklyn Nets), and not to forget, the Denver Nuggets, the team with which he experienced the most success. After his retirement, he became the head coach for the Douglas County High School varsity basketball team.

“Mugsy” may be the shortest player to ever play in the NBA, but he used every bit of his 5 ft. 3 in. to their full potential. During his 14-seasons in the league, he played point guard for 4 different teams. Bogues blocked an impressive 39 shots throughout his NBA career, including his most memorable one on Patrick Ewing who is 7’ ft  (2.13 m) tall. Muggsy, reportedly, had an incredible 44-inch (110 cm) vertical leap but his hands were too short to grip the ball to complete a one-handed dunk. He’s ranked the 16th all-time assists leader.

After he retired he too continued his career in the sport, as the head coach of Charlotte Sting in the WNBA. Despite Bogues’ short stature, he was able to dominate on the court, becoming an NBA superstar.