From injurious bloodletting to suffocating Victorian corsets, you think you’ve heard it all when it comes to outlandish rituals we’ve abandoned, thankfully. Well, if you aren’t familiar with these 5 ancient customs, you will definitely have some interesting conversation starters, but you might not want to talk about them at the dinner table. Read on to discover more bizarre things humans did back in the day.

Before There Was Golden Milk Tea, There Was “Golden” Mouthwash

Ancient Romans used both human and animal urine, yes pee, as a mouthwash. But there’s some science behind it- urine contains ammonia, which is both an efficient and natural cleaning agent. Ammonia is still used today in everything from household cleaners to fertilizer. It gets stubborn stains out of your ovens and bathtubs and also makes your crystal set nice and shiny. The Romans also used urine to wash their clothes.

From around 320 A.D. to as far as 1829, ancient Indians practiced a Hindu costume called Sati, which required that widows be burned alive on their late husband’s pyre. By doing so, these loyal wives would follow their husbands into the afterlife. This ritual was supposedly “voluntary”; however, there are many accounts of women being thrown into the fire against their will. Although this violent ritual has been outlawed, it even still happens today on rare occasions. 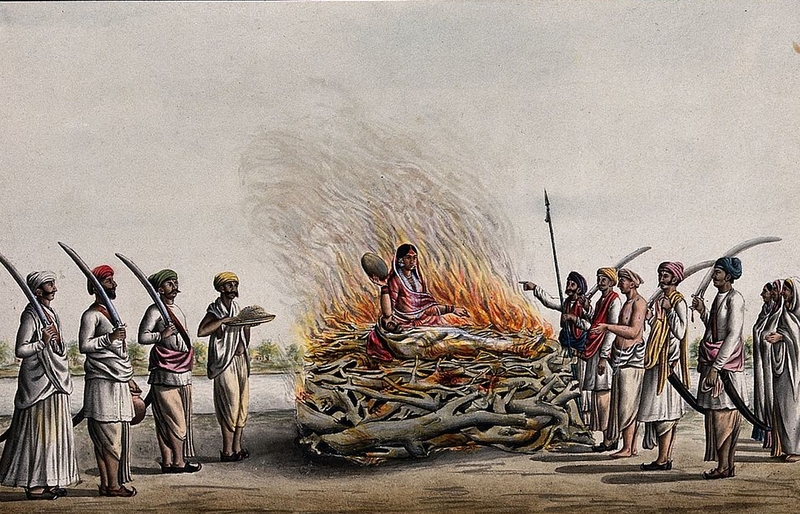 “Pearly Whites” Were Not Desirable in Some Parts of the World

Ohaguro (or ‘blackened teeth’) was practiced in Southeast Asia, the Pacific Islands, South America, and Japan. Teeth blackening was mostly practiced by women, starting from puberty. It was done primarily to prevent tooth decay, thus preserving teeth into old age (and did so successfully, we should add). But later black teeth were associated with beauty and sexual maturity. This custom is still practiced today in some parts of Asia.

The Walking Dead — Living Mummies in China and Japan

Between 1081 and 1903, Chinese, and later Japanese, Buddhist monks engaged in the self-mutilating experience of Self Mummification, while still being alive! Because the early Chinese believed that the soul was made of multiple parts, and after death, these parts dissipated. In order to keep these “parts” together, and thus, continuing living as spiritual forms of energy, they had to leave the body intentionally, which meant being completely aware at the moment of death. In recorded history, some Ch’an monks were found naturally mummified, while still sitting in a meditative posture. This practice was banned in the late 1860s. 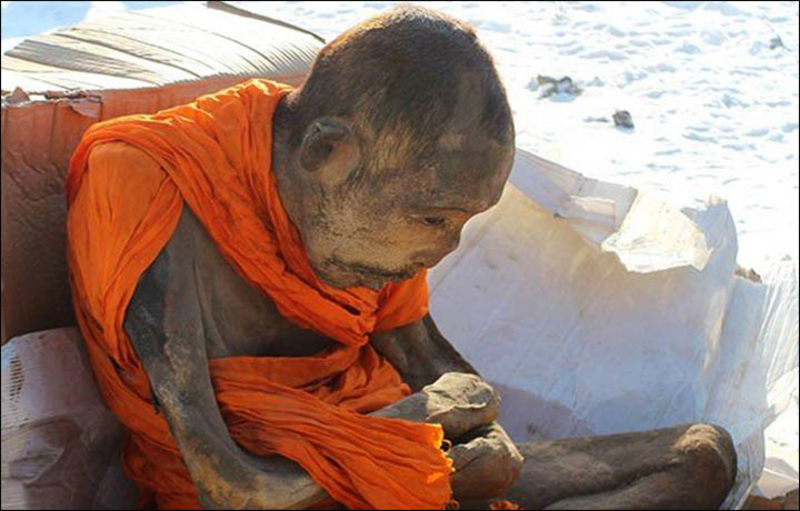 The Original “Children of the Corn”

Artificial cranial deformation, also known as head binding, was a common practice of the ancient Maya, and strangely enough, of various other cultures around the globe. The Maya worshiped, Yum Kaax, the Maize (corn) god, who was regarded as their ideal of beauty. Just as corn elongates at the top, they would intentionally deform their heads to resemble ears of maize, which they deemed attractive. They achieved this desired look by bounding infants’ heads between wooden boards within days after birth, when the skull is most pliable, up until around 6 months. 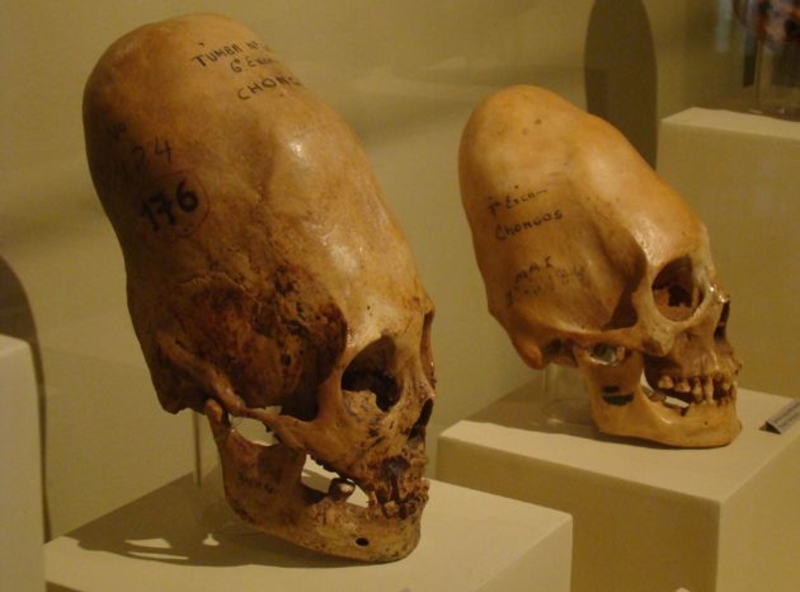