A Brief History of Chocolate

Sep 21, 2021 | Michelle Muller
Share on Facebook
Will all the chocoholics please stand up? That’s a lot of you — Americans reportedly consume an average of 24 pounds of chocolate per person each year, supporting an $18 billion per year industry. However, you may be surprised to learn that the sweet chocolate candies and desserts you enjoy today weren’t always such a sweet treat. With a history spanning over 4,000 years, chocolate has traveled a rocky road to becoming the mass-produced success it is today. 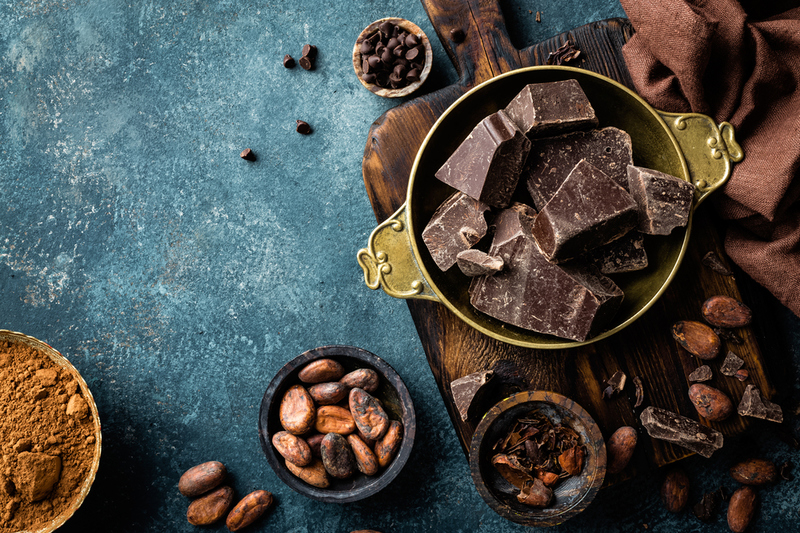 Shutterstock
Evidence of the use and consumption of chocolate by pre-Olmec Mesoamericans has been found dating back as early as 1900 BC. Still, the Mayans of ancient Mexico put chocolate on the map. The cacao tree beans were believed to have divine or magical properties and were so valuable they were used as currency. The cacao beans were eventually traded with the nearby Aztecs. They adopted the Mayan way of grinding the cacao beans and invented a bitter drink believed to have therapeutic and aphrodisiac qualities. “Xocolatl,” as the drink was called, was reserved for rulers and priests at sacred ceremonies. It is reported that even sacrificial victims may have been given the elixir before they met their grisly fate, which was likely a tiny consolation. 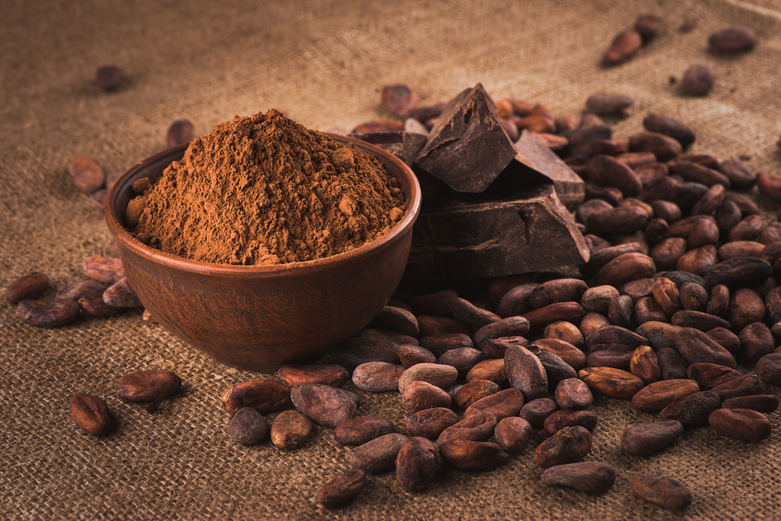 Shutterstock
In the 1500s, the Spanish conquistador Cortes returned to Europe with the exotic cocoa beans. Along with cinnamon and honey, they helped create a more palatable version of ‘xocolatl,’ which was enjoyed by royalty and aristocrats. As the thirst for chocolate grew throughout the European elite, colonial plantations were developed in equatorial regions, often worked by Mesoamerican, or imported African, slaves. Chocolate remained the wealthy’s nectar until 1828, when Dutch chemist Coenraad Johannes van Houten invented the cocoa press, revolutionizing the chocolate industry. Van Houten’s invention allowed for mass-produced chocolate that was finally affordable for average folk.

How is Chocolate Made

The journey from cacao bean to chocolate bar is a long one. The pods of cacao trees, which take up to eight years to mature, are harvested and split open. The beans found inside are sun-dried then removed from their shell, leaving a chocolate “nib.” The nibs are then roasted and crushed, producing the raw chocolate material from which all chocolate products are made. Modern versions of Van Houten’s cocoa press reduce the nib’s fat by over half, resulting in a cake that can be pulverized into a fine powder. Swiss chemists Daniel Peter and Henri Nestle (sound familiar?) invented a process that makes the chocolate more blendable. They incorporated powdered milk, resulting in the method for producing liquid chocolate that is still used today. The liquid chocolate is then tempered (heated and cooled repeatedly), which gives the resulting chocolate its luster and texture.

Chocolate lovers can rejoice! Science confirms that chocolate is indeed good for you, provided servings remain small-to-moderate in size, and it’s the right kind of chocolate. In short, the less processing the chocolate goes through, the more the cocoa bean’s natural flavanols are preserved. Flavanols have antioxidant properties and are proven to lower blood pressure, increase blood flow between the brain and heart, strengthen skin elasticity, and fight inflammation. Higher quality, dark chocolate is your best bet if you are seeking a healthy treat. Sadly, 2015 reports touting chocolate as a miracle weight loss aid have since been debunked. But the antioxidant thing is still legit, so we can feel good about that.

The History Behind Vitaminwater
It took a health nut with a knack for entrepreneurial tendencies to open up the floodgates (pun intended) to enhanced water.

The Day Twitter Came Into Our Lives
Rewind back to the not so distant past — the year 2006 — the year that one of the biggest social media platforms came to be.