Debunking the Myths Around the Green Children of Woolpit

Nov 7, 2021 | Ofek Hagag
Share on Facebook
Two kids — brother and sister — with greenish skin appear in a field in a small village in England. They speak an unintelligible language so they can’t say anything about who they are or how they got there. Years go by and the kids learn enough English to provide some details about their past: they remember living in a “place of eternal twilight” and that they were busy feeding their father’s livestock before hearing a churchbell-like sound and finding themselves in the village. This folk tale is pretty famous around Woolpit, England, where the alleged kids magically appeared. But further investigation suggests the story could be rooted in more than just a folk tale. 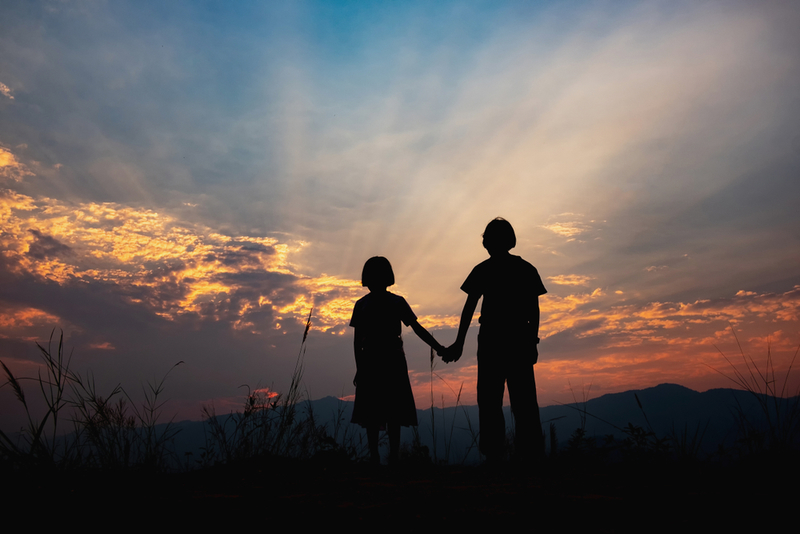 Shutterstock
The earliest record of the tale of The Children of Woolpit was done by Ralph of Coggeshall Abbey in the 12th century. He records the events as real! His writings add that the kids were taken into the care of Sir Richard de Calne, who treated them well. At first, they only agreed to eat freshly picked beans but gradually got used to regular food, which made the green tint of their skin disappear. According to Coggeshall, the sister, Agnes, outlived her brother and even got happily married. But that’s just one version of the tale. There have been many others throughout the years, and they all have small changes that might stem from translation or rumors.

The first two accounts of the story depict the events as we wrote them. But it wasn’t until centuries later that the story resurfaced in a modernized version. It appeared in “The Fairy Mythology” in 1850 and had some differences from the supposed origin. This adaptation, translated by Thomas Keightley, was criticized due to those changes. Trying to marry the different versions of the story will leave you confused about the brother’s passing. Some say he lived long enough to learn English with his sister, some say that he died after his caregiver baptized him, and others say he died pretty early on, before being able to say anything about where he came from.

The green-tinted skin is very much on-brand with supposed alien sightings, so it is no surprise some people think the kids came from outer space (which would also explain the “place of eternal twilight”). But there’s more to people’s speculations: some say they had been brainwashed and held captive, others say they were orphaned, malnourished, Flemish immigrant kids (which would make historical sense and explain the unfamiliar language and the green tint).

Woolpit village is located not far from London and doesn’t have anything out of the ordinary to offer but this old tale. The locals believe the story to be true and have even put up a special sign at the entrance, with the green silhouette of the two kids.

The Mystery of Andy Kaufman