Did Ancient Greek Suits of Armor Really Have Six-Packs?

Jan 13, 2021 | Ofek Hagag
Share on Facebook
If you’ve ever seen any kind of periodical film about ancient Greek or Roman soldiers, you must have a pretty clear picture of what their suit of armor looks like. It’s metal, it’s made of a few different plates, and the plate that covers the torso has a six-pack chiseled into it. But is that six-pack historically accurate or is it just some Hollywood fantasy we got used to? Well, apparently, it is the former one, according to some archaeological findings. A 2,000 years old armor breastplate of a Greek armor features a set of abs you would expect to see on the body of a well-trained Greek soldier. 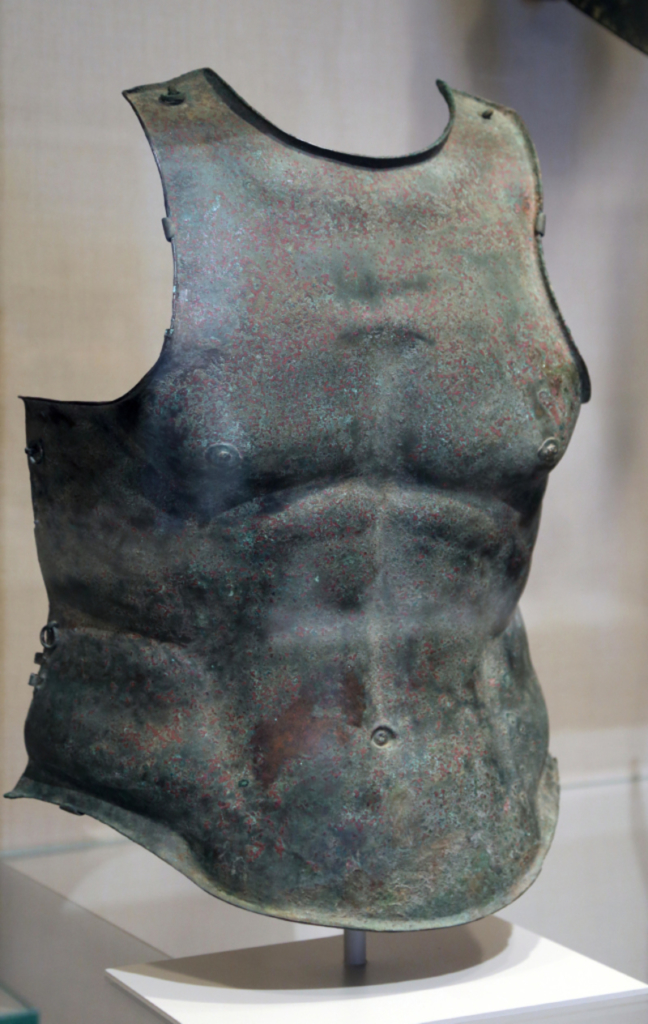 So Why Does an Armor Need Muscles?

Having a strong body is a necessity for soldiers. But why was it so important to design those ancient armors with impressive pecs and abs as well? To get your answer to that, you will need to take a look into “Greek Warfare: Myths and Realities” by Hans Van Wees. According to Van Wees, there are a few explanations:

When people feel confident, they perform better. We all feel it. And apparently, it was a known fact in ancient Greece too. Making soldiers look good and feel good on the battlefield was essential if you wanted them to perform their best while facing their enemies.

This one is more of a speculation, but it’s not entirely baseless. In ancient Greek poems and other literary pieces, the Greek warriors are often described as “men of bronze,” like they were sculpted from the metal. It has been suggested that they had this nude-illusion armor design to make them look like gods or other higher-beings.

It was a symbol of status

So, armors made a soldier look good, feel good, perform better, and be less vulnerable on the battlefield. However, not all soldiers could afford one. The metalwork and the material meant that only those who had the right funds or rank could wear one. So, while Hollywood was staying true to history with the design, it failed to tell us that not all soldiers were wearing the same protection.