Dinosaurs Were Thriving Before Asteroid Hit

Dinosaurs were actually flourishing before an asteroid struck the planet and eventually drove these creatures out of existence, according to a new study. This negates the myth that dinosaurs were already starting to decline even before the catastrophic event occurred some 66 million years ago. 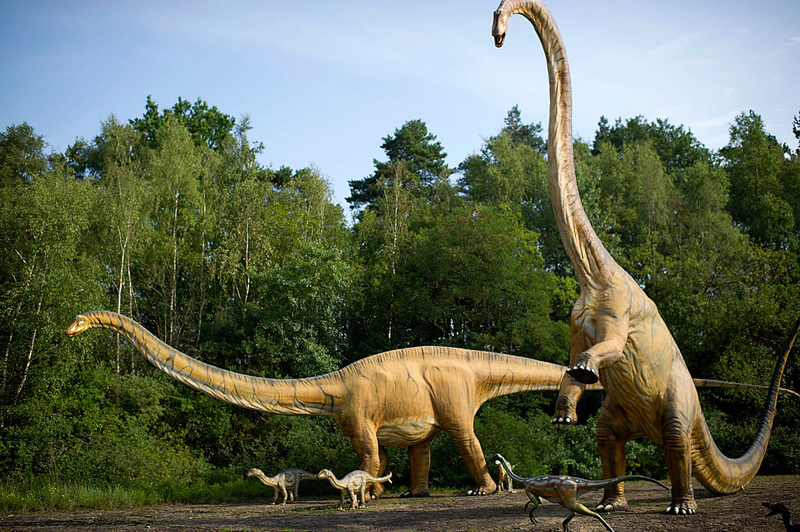 While recent research reported that these reptiles died because of a deadly combination of a massive asteroid collision and powerful volcanic activity, some researchers have long conjectured that dinosaurs were already starting to make their way towards the exit, as they had a hard time coping with the effects of climate change.

A recent study conducted by UK scientists, however, contends that by the end of the Cretaceous period dinosaurs were actually “thriving,” just prior to their sudden demise. This finding also paints a different picture to past mathematical projections which suggested that the dinosaur population had dropped before the asteroid had hit the planet.

Unfortunately, however, there is still no way to determine if dinosaurs would have survived into modern times. “As we can’t really predict the course of evolution of life, we can’t say if they would have died out, survived, or been out competed by other animals around after the Cretaceous,” Alessandro Chiarenza, lead researcher and a Ph.D. student at Imperial College London, told The Sun. “66 million years is a lot of time and we know that species turnover is way more rapid than that.”

But he pointed out that other dinosaurs are still around, citing chickens and birds as examples, and noted that the ones that have survived are those that have no claws and ghastly teeth. This recent analysis—a collaboration between Imperial College London, University of Bristol, and University College London—developed wide-ranging models that reflected the changing environment and the distribution of dinosaur species in North America.

According to its findings, the dinosaurs were likely not in decline prior to that cataclysmic event. “The results of our study suggest that dinosaurs as a whole were adaptable animals, capable of coping with the environmental changes and climatic fluctuations that happened during the last few million years of the Late Cretaceous,” the lead researcher said.

In their study, which has been published in Nature Communications, the researchers indicated how scientists have been confounded by the changing conditions for the fossilization of dinosaur remains. They note that the mismatch has led previous studies to underestimate the number of dinosaur species alive by the end of the Cretaceous period. According to Dr. Philip Mannion, co-author of this study, “Most of what we know about Late Cretaceous North American dinosaurs comes from an area smaller than one-third of the present-day continent and yet we know that dinosaurs roamed all across North America, from Alaska to New Jersey and down to Mexico.”

The team modeled the environmental conditions (e.g., temperature, rainfall) that various species required for their survival. Next, they mapped where such conditions would have occurred across the continent and over time. This allowed them to generate a detailed picture of where groups of dinosaur species could have survived as climate conditions shifted — rather than just where dinosaur fossils were found. 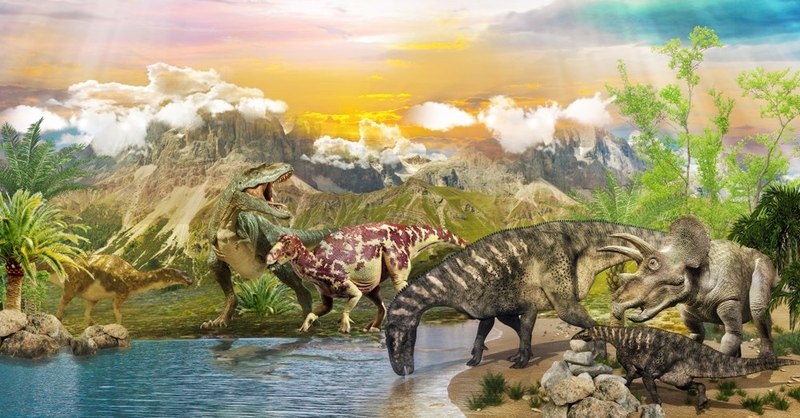 Scientists have observed that habitats capable of supporting a range of dinosaur groups were more widespread at the end of the Cretaceous. However, these areas were in regions that are considered “less likely to preserve fossils.” Most of the dinosaur fossils in the North American continent are found on its western half, which millions of years ago was split off from the eastern half by an inland sea. In the west, a “steady supply of sediment” from the Rocky Mountains helped create optimal conditions for fossilizing dinosaur remains.