Feb 15, 2021 | Ish Bautista
Share on Facebook
Ashley Martin was born in 1981 and became the first woman to play and score in the NCAA Division in American football. She became one of the first people ever to score points in a college football game. In 2001, she held the role of a placekicker for the Jacksonville State University Gamecocks while also playing for the women’s team. She kicked an extra point at the beginning of the game and this was one of the most pivotal moments of her career. She’s one of three players who scored points in college football and she moved on to kick two extra points for NAIA Williamette University in 1997. 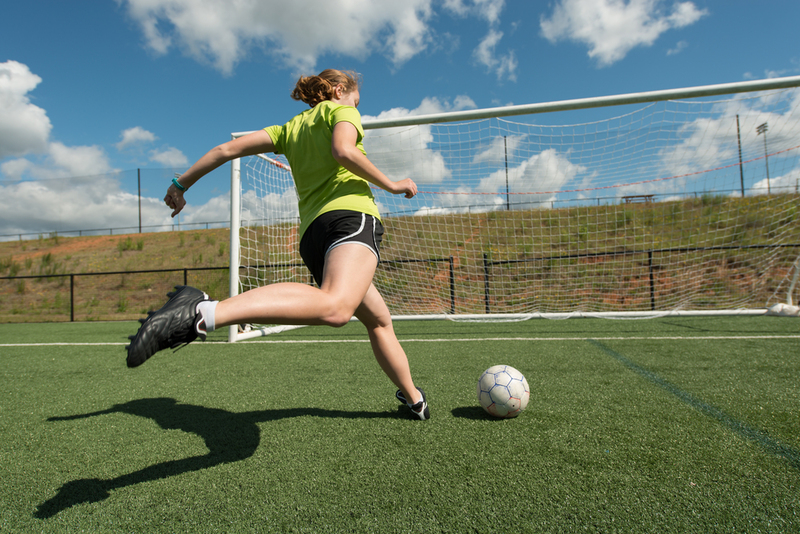 Shutterstock
The great thing about Martin is that she’s a humble player and credits her wins mostly for her passion for the sport. She became the first woman to play and score in a Division I football game and she gained major credit from the NCAA for her feats. In the game, she scored an extra point for Jacksonville State and scored 14-0 in the first quarter against Cumberland.

The highlight of the game was when she scored three extra points with no misses in the final game where her team won 72-10. Martin mentioned that she didn’t join the game to empower women, she just wanted to play the sport and showcase her love for it. “I have to be honest, I didn’t even look up,” Martin said. “I was getting off the field and talking to my teammates and everything,” Martin says. In her sophomore year, she would finalize her practices by replacing a soccer ball with a football. Her kicks were so on point and so was her attitude towards the game that she was invited to join the men’s team as their first female addition. She mentioned how she looked up to her teammates as her supporters and friends as well as her source of inspiration that fueled her passion for soccer even more.