For Years the Okapi was Believed to be a Mythical Creature, But What is it Exactly?

Upon first spotting an okapi, most people would assume this wonderful and unique animal is related to zebras. That would be an excellent guess, but it would also be incorrect! Not to worry though, it is incredibly misleading, since it has the body of a horse — at about 5 feet tall, and weighing between 450 to 650 pounds — with its hindquarters are clad in reddish-brown and cream stripes.

The reality is that the giraffe is the okapi’s closest relative, it’s even sometimes called a “forest giraffe,” and the two animals — aside from belonging to the same Giraffoidea family — have more than a fair few connections. 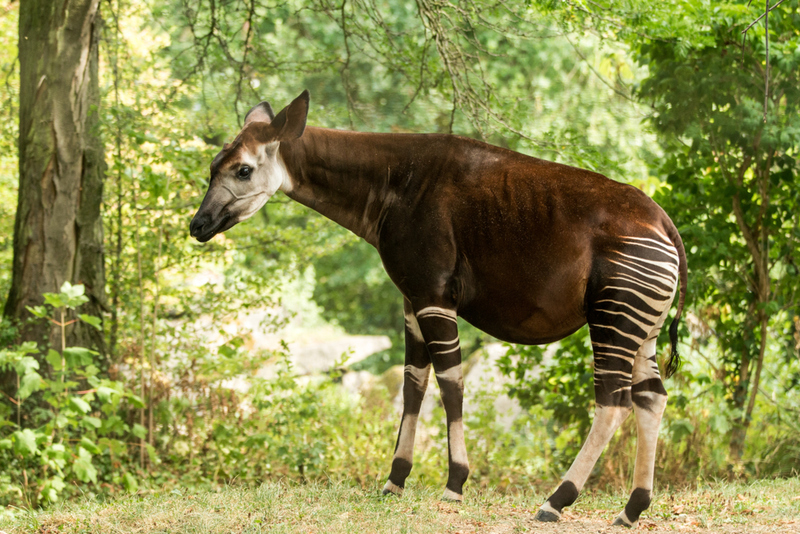 First off, they both have lengthy necks, cloven hooves, and their horns are short and covered in skin. Comparing their skulls, they are almost identical, except the okapi’s are slightly smaller. Finally, they both possess a super-long and flexible bluish tongue that’s ideal for grabbing and plucking leaves and greenery from trees and shrubs. Thanks to that extra-long tongue of theirs, the okapi is one of the only mammals in the world that can successfully reach and lick its own ears!

Although native populations of the rainforests have long known of the okapi, the animal wasn’t discovered by Western scientists until the beginning of the 20th century. In fact, it was just over a century ago that the Western world thought the okapi was a mythical creature, kind of like an “African unicorn.”