Here’s a Brief History of The Emoji

Sep 14, 2021 | Zoe Karbe
Share on Facebook
Who needs words when you have the emoji? These expressive little icons have come along way, and comprise of far more than the standard yellow smiley of yesteryear; but where do they come from? 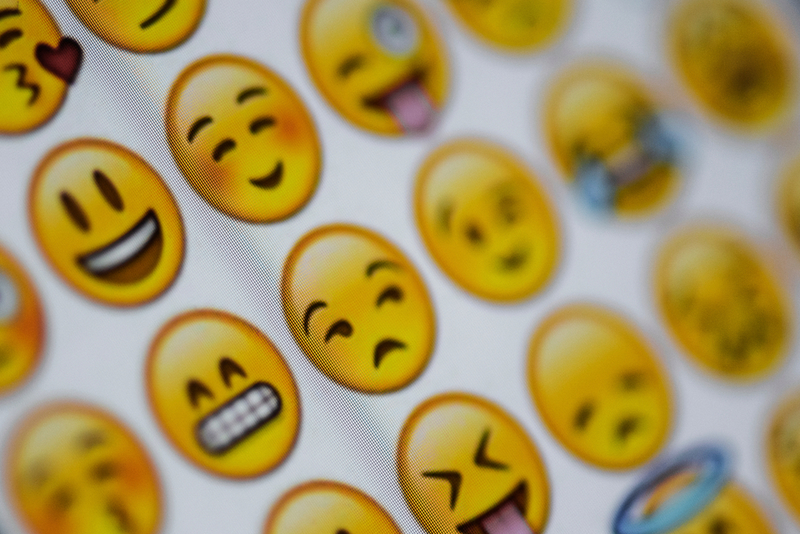 Shutterstock
Emojis haven’t actually been around that long and only really exploded in 2012. When Apple released its iOS 6 operating system, iPhone users discovered the magical emoji keyboard, and texting was never the same since. Shortly after, emojis started appearing across all the social media platforms. Today you can even find an entire version of Moby Dick written in emojis, as well as a 2017 animated film aptly named “The Emoji Film. There’s no doubt that these little images have influenced us greatly!

The emoji wasn’t always that flashy. Originally called emoticons, they were once just simple punctuation symbols. In fact, can you believe that it was as far back as 1881 that the emoticon made its first appearance? Around a century later, those very symbols made their way into computer language.

Taking Off In Japan

Like many technological novelties, emoji (both singular and plural) got real in Japan. In fact, the word “emoji” is Japanese for “image character.” Emojis were officially invented in the 1990s by a man named Shigetaka Kurita who worked for a phone operator company called Docomo. This company already had the heart button on its pagers, a feature that became hugely popular with kids. They then followed ut up with an additional 176 emoji for the launch of their first major mobile internet system.

Emoji blew up and everybody was using them, except there was one problem. Not every device read them. Remember the days when you’d receive a message that just looked like an empty box? And sometimes one emoji could appear completely different on another device. It was an emoji mayhem! Thankfully, Google zoomed to the rescue and introduced Unicode Consortium, a system that beautifully unified all emoji across the board. These days, when you’re at a loss for words, you have a world of images at your fingertips to choose from!

The Troubled Life of Rockstar Kurt Cobain
Kurt Donald Cobain was the frontman of the legendary band Nirvana. He was a troubled soul, but his music lives on.