How America’s Most Iconic Brewers Survived The Alcohol Prohibition Years

On January 17, 1920, a constitutional ban on the sale, importation, production, and transportation of alcohol made America a dry country. For thirteen years, the nation’s top brewers had to be so creative to avoid shutting down like most of their competitors.  As many as 1,300 breweries once thrived. By 1915, only around 100 remained afloat in its aftermath.

The prohibition came to an end in 1933, but during this period, a lot happened to these companies. Those that survived carried the biggest names in the industry: Miller, Coors, Anheuser-Busch, Pabst and Yuengling. Maureen Ogle, the author of the book Ambitious Brew: The Story of American Beer, said that what differentiated the companies that made it past the Prohibition versus the others that did not is what they possessed at the start of the ban. “The Pabst, Busch and Miller families had all invested in real estate holdings across the United States,” Ogle said.

These companies also resorted to diversity in their products, manufacturing soft drinks, juices, malted milk, about twenty years before the Prohibition was even enforced. Ogle added that they “understood that if they wanted to stay competitive, they were going to have to make not just beer but beverages that non-alcoholic drinkers wanted,” 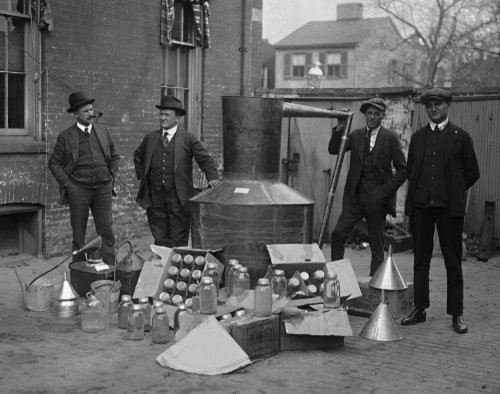 When the Prohibition became part of the constitution, the brewing companies held hopes that the public would settle for drinks with less than 0.5% alcohol instead of the real deal, as this was not included in the ban. But people weren’t nearly contented with it. They wanted full beers and these, along with hard drinks were not too hard to have with the rise of bootlegging and illicit drinking clubs. Non-intoxicating beers quickly flopped.

Most of the brewing companies expected the Prohibition to end perhaps in 2 to 3 years. But it lasted for a total of 13 dry years, and others had shifted their focus into bottling various drinks instead, some produced dyes needed after WW1. The near-beer product was practically a failure by 1925.  Additional help came in the form of yeast and malt syrup sale. These were needed to concoct beers, and only the finished product was prohibited; not the individual ingredients. And because malt syrup is also popular for baking, it was further advertised as such, even if people purchased it to use the extract for beer making.

When the Prohibition was finally lifted in 1933, those companies that remained standing in the industry found only a handful of competitors left. This is what America’s top 5 brewers had to do to remain in business for almost 13 years.

Adolphus Busch wasn’t blind to what was going on in the news. He was well informed and had forecasted the strong possibility of the enactment of the Prohibition since the 1890s.T o counter government initiatives against liquor, he told his top chemist to develop a beverage (non-alcoholic cereal) that tasted similar to beer. When they launched the product they called Bevo in 1916, the idea caught consumers’ attention, so much so that in merely six months they were able to sell 2.2 million cases.

Enthralled by their newfangled success, Anheuser-Busch decided to build an enormous bottling facility, the biggest in the world in fact. They poured in worth $10 million of funding and launched it in 1918. The investment, however, turned into a huge disappointment after Bevo’s sales output started to dwindle. “

The company hadn’t anticipated that people would be so willing to break the law to buy bootlegged beer,” Tracy Lauer, the company’s archives director, said.  The failure of Bevo had forced Anheuser-Busch to reinvent itself, per se. They had to dig deep into their assets and sell 50% of its real estate properties and divert its proceeds to manufacture non-alcoholic products.  They produced everything from carbonated coffee to frozen eggs, instant formulas, and tea, which they branded as Kaffo and Buschtee.

They even have a vehicle department, and they, too, came up with something catchy- the Lampsteed Kampkar, which was a camper that people could fit on a Ford vehicle’s chassis. There was also the Bevo Victory Boat, an amphibious vehicle that could operate on land and water. The brewing company helped aid Prohibition enforcers by making vans to round up violators such as moonshiners, bootleggers. 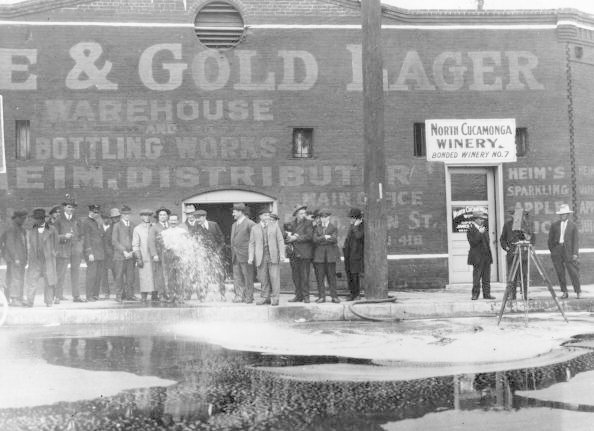 Colorado felt the effects of the Prohibition four years ahead of other states with the banning of beer. This is where Adolph Coors had co-founded Coors Brewing Company in 1873. Struck at their base of operations, they had to diversify their products just to survive. In turn, Coors became one of the top sellers of malted milk, which were delivered and sold through candy manufacturers, and soda fountains. To push their products more, they reinvented its marketing strategy, identifying it as a product for infants, as food for kids.

Across the duration of the liquor ban, the company tried to earn through other channels. They invested in pottery and laboratory ceramics, which Adolph Coors took over complete ownership after a number of years. Coors Porcelain Company did well economically by making just about everything (such as spark plugs, dinnerware, tea sets,) even labware which Thomas Edison used. It is now renamed to CoorsTek. Today, following its early momentum, it’s now become the largest manufacturer of engineered ceramics worldwide. 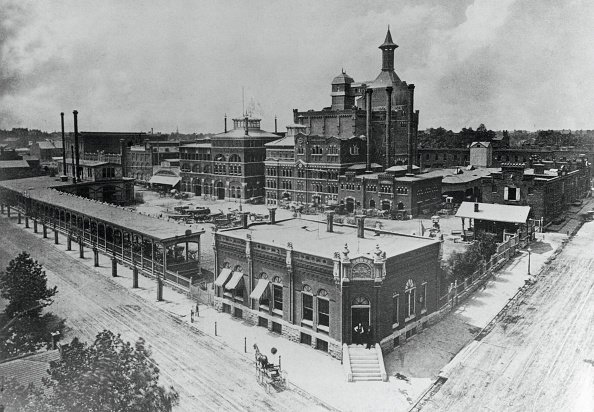 The owners of Miller Brewing Company didn’t foresee their establishment’s survival and even put it up for sale in 1925. Unsurprisingly, no one was interested in acquiring it, and they barely lasted out the Prohibition. To survive their economic challenges, the company resorted to their own version of a near beer, a beverage with an approved level of alcohol content, called Vivo; They also became producers of soft drinks, malt syrup, and milk.

However, what really kept them afloat were its real estate holdings. They sold their saloons, which they used as their beer distribution spots before the Prohibition, and reaped considerable benefits from local and international stocks, government securities, and mortgage loans.

To stand the challenges brought about by the Prohibition, the Pabst Brewing Company had to open some part of their plant space for lease, which Harley Davidson took. They also purchased a soft drink company for product diversification and sold malt syrup.

They also added cheese to their list of products, which was famous in Wisconsin. So popular in fact, that they were able to sell 8 million pounds of Pabst-ett cheese spread which they processed and aged in the company’s large ice cellars. They eventually sold it to Kraft when the alcohol ban was lifted. 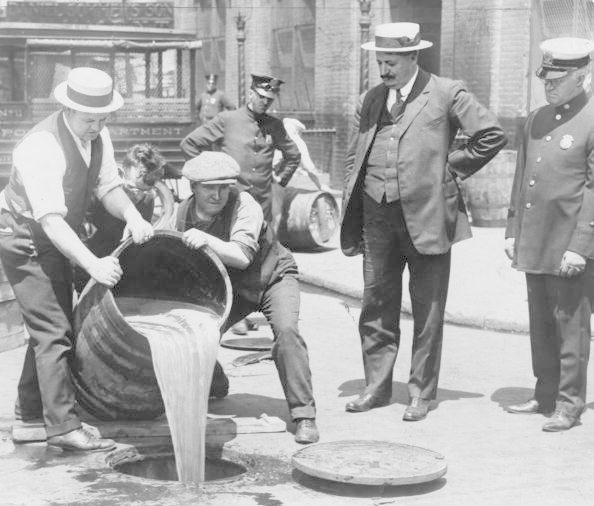 D.G. Yuengling & Son, Inc. was founded in 1829 in Pottsville, Pennsylvania. It’s one of the oldest brewing companies in the country, having been in the business for close to a hundred years before the Prohibition formally came into law.

As America’ oldest brewery, they had withstood a lot. Their long history and dedication to business was a big reason they lasted. Debbie Yuengling, a sixth-generation member of the family said. “In the 1920s we survived the national prohibition of alcohol through individual tenacity and unwavering dedication to the business…”    But like other companies at the time, they too resorted to the production of near beer. They also made ice cream which became popular during those challenging economic times.