How to Put Together the Perfect Medieval Meal

Apr 27, 2022 | Ella Julius
Share on Facebook
If you’ve ever wanted to travel back to medieval times, you’re in luck. Though we don’t have a time travel machine, we do have the complete guide to the food and customs during medieval times.  If you’re curious about medieval feasts and want to plan a meal, look no further. 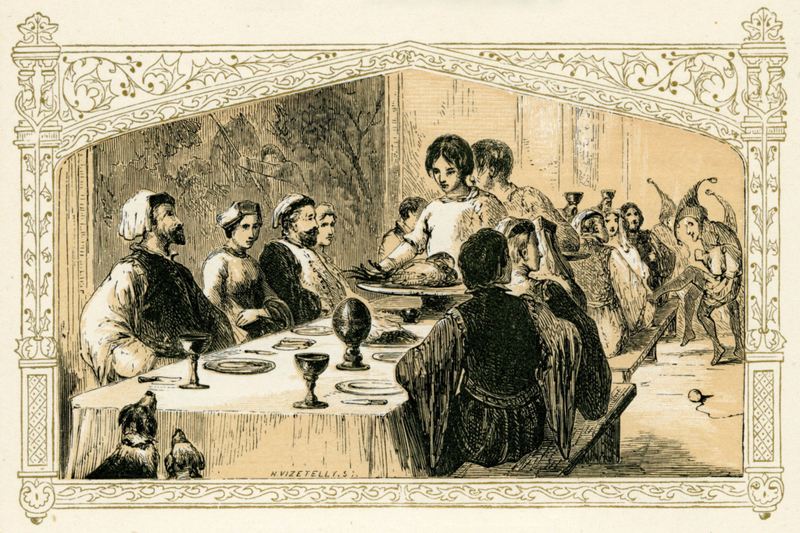 In medieval culture, food was a sign of social superiority. For example, peasants and members of the lower class had to settle for salted pork and bread. Members of the higher class and nobles, on the other hand, could afford exotic spices and fresh meat.  So what would be in store for you if you were to attend a medieval dinner party? Let’s see. If you’re planning a dinner party, you’ll want to add these items to your menu. Beef stew (bukkenade), roast pork (cormarye), meatballs (pumpes), white pea soup (blaunche perreye), and some spiced wine (hypcras). Some of these courses may seem foreign to you, but there’s always a way to make the dish your own!

How the Meals Were Served

Believe it or not, there were rules on how dinner feasts should be served. The lord sat at the head of the dinner table and was surrounded by guests. But these weren’t just any guests; he was surrounded by a priest, his wife, nobleman, and knights who were ready to protect him from any potential attacks. After the lord would select his portion of meat, the dinner guests would be served. To season tasteless food, they used salt and pepper, just as we do today. Guess some things never change! 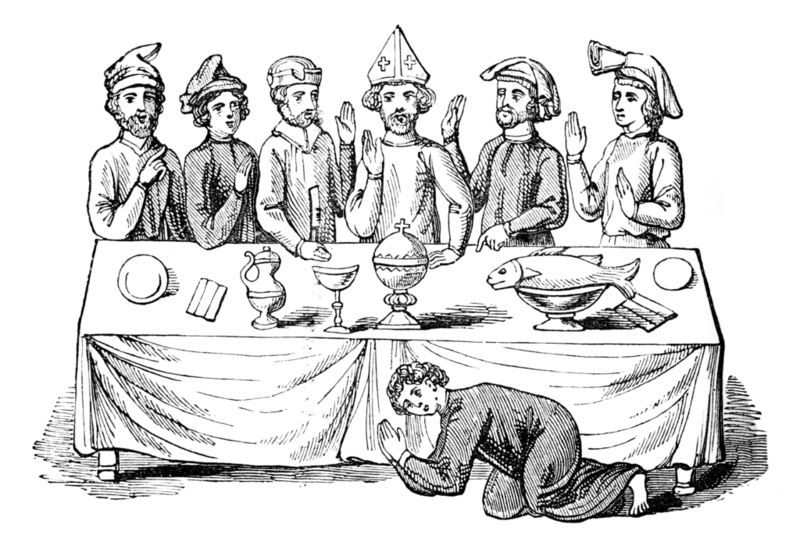 There were strict eating habits in medieval times. They restricted themselves to only two meals per day, lunch in the middle of the day, and a light dinner in the evening. Snacking on small portions was also common, but only for people in the upper class. Breakfast was only consumed by working classes, women, children, and the sick. Surprisingly enough, eating breakfast was considered a sign of weakness.