Apr 24, 2021 | Michelle Muller
Share on Facebook
With thousands of Indian restaurants in America, more and more people learn about all the delicious dishes India has to offer. You’d expect many people would be knowledgeable about this tasty cuisine. But despite the fact love for this unique fare is growing in the U.S. and around the world, the masses often misunderstand Indian food. 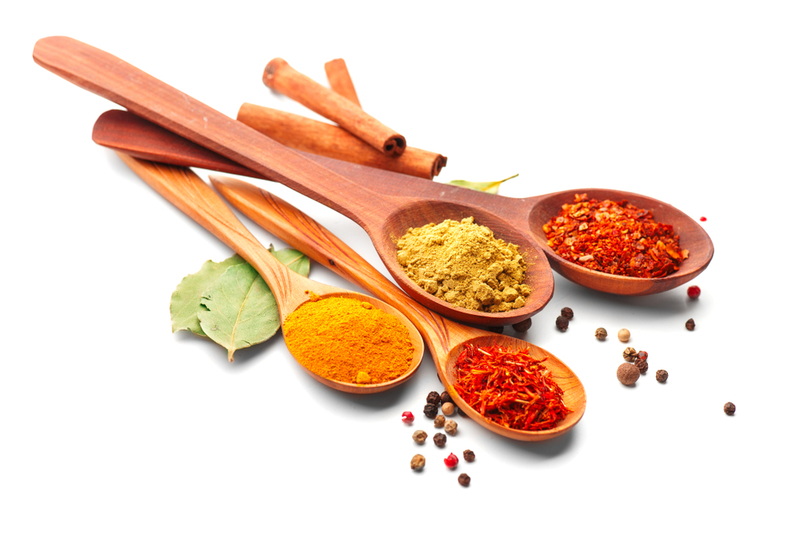 Shutterstock
Authentic Indian meals are made from scratch and use a vast array of fresh ingredients and aromatic spices. Traditional Indian cooks typically adhere to the ancient Ayurvedic principle, which says every meal must contain six tastes: sweet, sour, salty, bitter, spicy, and astringent. Because of this, Indian dishes feature layered, complex flavors, unique textures, and vibrant colors. Indian food is generally just eaten with your fingers or by using flatbreads as your utensils. What do you know about Indian cuisine? Let’s explore some common misconceptions and myths about Indian food.

All Indian Food is Hot and Spicy

Yes, Indian food can be referred to as spicy (it contains spices), but that doesn’t mean it’s “spicy hot.” Many Indian dishes are mild, such as saag (more about this dish later) or aloo gobi (a cauliflower and potato dish). Also, an excellent Indian restaurant will make your food to order from scratch. In the U.S., your server may ask how spicy you want your dish and let you decide. 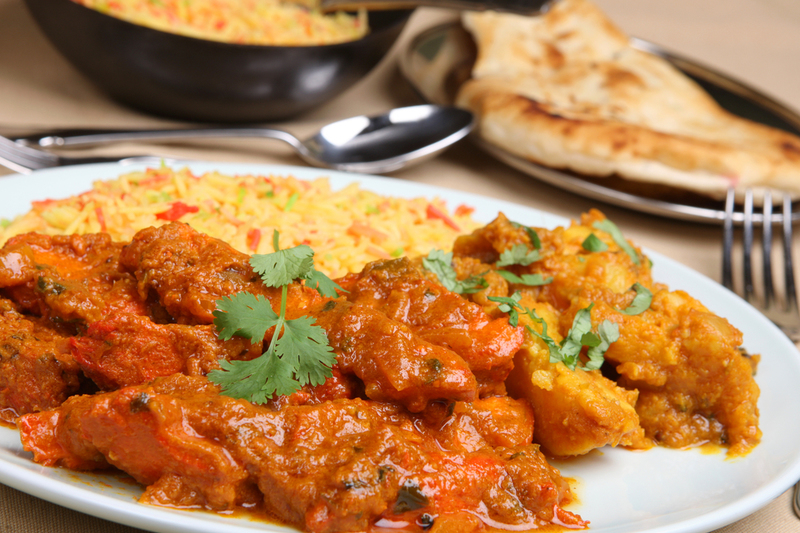 The heat in Indian cuisine comes from chilies (such as cayenne peppers), which can be omitted altogether or added to the heat. The heat doesn’t come from the cardamom, cinnamon, coriander, cumin, ginger, turmeric, or one of the many other spices found in typical Indian dishes. So, if you want to try Indian food, don’t worry about smoke coming out of your ears. Just ask your server to omit the chilies — you’ll still get a lot of flavor in the dish.

Indian Food is All Curry

When someone turns down Indian food, they might say, “I don’t like curry.” Well, Indian food goes way beyond just curry. And, you might be thinking, “What’s curry anyway?” Curry is a catchall term for an Indian dish that contains meat and vegetables in a spiced sauce.  Many varieties of curries can be found in Indian restaurants. The meat could be beef, goat, poultry, fish, or even shellfish. Additional spices are added to the mix to change flavor and intensity. Those dishes may be considered “curries,” they may not contain curry.

All Indian Rice is the Same

Believe it or not, 40,000 types of cultivated rice exist in the world. However, if you are dining in Indian restaurants in the United States, you are probably eating basmati rice, which is one of the most popular rice in India. But it’s certainly not the only rice you can find served with Indian food — and it might not be what is served with your favorite Indian dish. You have many options. Jasmine rice, which originated in Thailand, is similar to basmati as both are aromatic and long grain. However, jasmine rice has a subtle yet distinct floral aroma. As you might expect, classic short-grain white and brown rice are commonly cooked in India as well. Red rice, which some people swear is beneficial for controlling diabetes, is also famous in India and other parts of Asia. Black rice is full of antioxidants, so you can feel good about eating India’s black rice pudding. Black rice is a glutinous (sticky) rice, but white sticky rice is also used in Indian desserts.

Naan is the only kind of Indian bread

You can find at least 22 types of bread in India. They are made with various flours, and while some are baked, others are fried or steamed. Indian flatbreads are great for wrapping up all kinds of yummy stuffings and equally excellent for sopping up the leftover curry sauce. 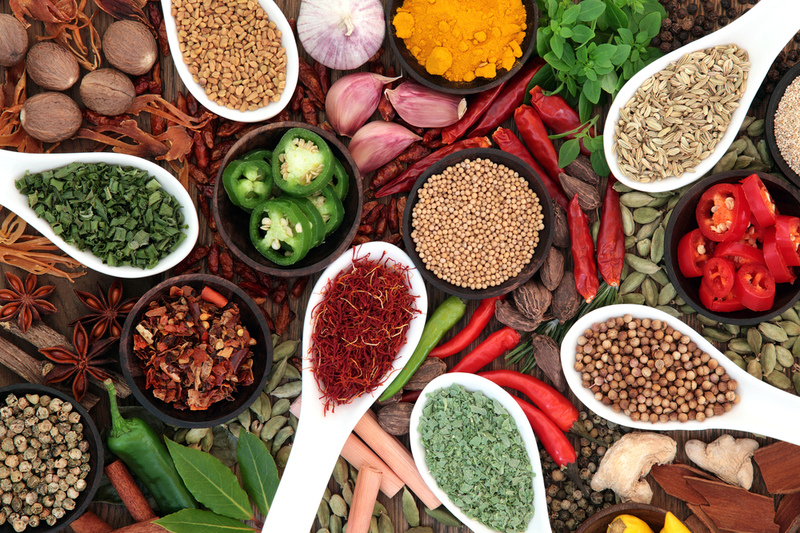 Though you might be most familiar with naan, it originated in Central Asia and made its way down to India. Kulcha is a Punjabi take on naan. This leavened flatbread is made with refined flour and cooked in a tandoor (a clay oven fired by charcoal). Chapati (or roti, as it’s also commonly called) is another everyday bread in India. It’s an unleavened bread slapped and stretched by hand and then cooked in a flat frying pan. The result is a soft, tasty bread that can be eaten with almost anything. Parantha is a light, layered flatbread that can be stuffed with meat, veggies, cheese, and other goodness. If you’re only reaching for naan when you hit up your favorite Indian spot, you’re missing out — a lot.