Jun 8, 2022 | Ish Bautista
Share on Facebook
Brazilian jiu-jitsu or BJJ is a classic self-defense martial art used primarily for self-defense and as combat sports. It involves using complex grappling and submission holds. It’s geared toward pinning an opponent to the ground using one’s arms and legs to restrict their movement. The main goal of it is to assert dominance over your opponent without injuring them and mainly using it for self-defense. There are a number of techniques used to lock down one’s opponent in various types of chokeholds and once the opponent taps out, that signifies the end of a match. 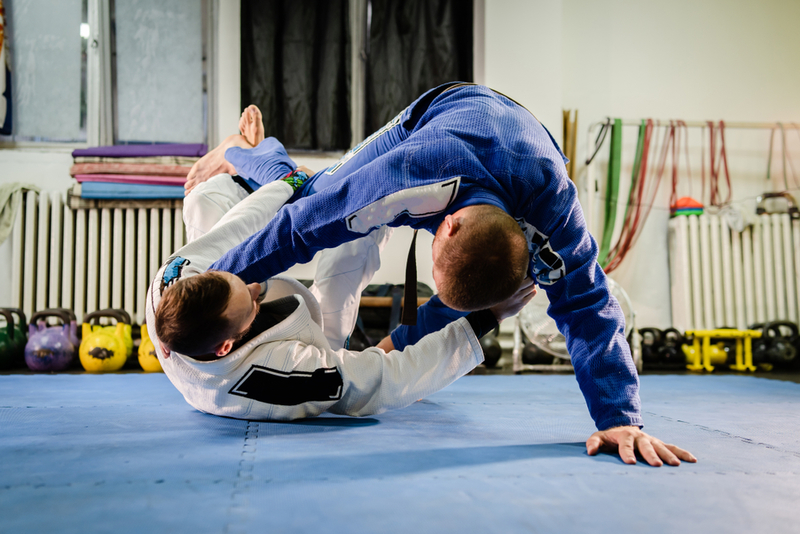 Brazilian jiu-jitsu was invented in 1920 by Brazilian brothers Carlos, Oswaldo, Gastão Jr., George, and Hélio Gracie in 1917. Later on, they crafted their own self-defense system which grew into Gracie Jiu-Jitsu. Gracie Jiu-Jitsu incorporates judo techniques. Judo is a modern Japanese sport used for combat and focuses mostly on one’s physical, mental, and moral state. The key rules of judo focus on maximum efficiency with the least amount of effort so a person with low body weight can counteract someone on the heavier side. It’s quite similar to Brazilian Jiu-Jitsu since it focuses more on strategy and safety and is an effective way of self-defense.

Mitsuyo Maeda was one of the five pioneers of judo and he constantly traveled abroad to spread his love of judo and its valuable techniques to the rest of the world. He would compete with wrestlers and even boxers during his earlier days after departing from Japan in 1904. In 1917 Carlos Gracie watched a Japanese style of Jiu-Jitsu that was performed by Maeda at the Da Paz Theatre and decided that he wanted to carry on the tradition. He fought for a few years and later on passed his knowledge onto his brothers. His techniques were focused on ground fighting with subtle elements of Judo that incorporated throws to the ground. The Gracie family is well known for spreading their love for the sport to the rest of the world and their lineage has certainly been successfully carried on. To become a true black belt in Brazilian jiu-jitsu takes about 8-13 years to attain a black belt. It requires years of high levels of commitment and dedication to the art.

Nowadays, people sign up for Brazilian jiu-jitsu in order to gain a certain sense of awareness of their bodies. It’s mainly used for fitness and exercise in fighting gyms all around the world but people have been showing a growing interest in the sport for self-defense especially for women. Kids and adults alike can join in on the sport to help them build their trust with their opponents since it’s not simply about winning but also being able to be a good sport after the end of the match even when defeated and pinned to the ground.