Modernism and Post-Modernism in the Arts

The phase of modernism in the arts points back to the idealistic search for the truth, the rejection of the old traditions from the Victorian era, and the welcoming of industrial-age exploration. It refers to activities that see traditional literature, architecture, religion, and such, as being ill-fitted and outdated. Beginning from the late 19th century to the mid 20th century, modernism peaked during the 1960s. This is followed by postmodernism (1960s to 70s) where a new revolution marked by its “anything goes” approach to study subject matter, material, and processes.

Reviewing the history of art, modernism first manifested itself along with the new freedoms artists enjoyed during the late 1800s. Unlike before, where artists were simply entrusted to complete a specific work, they were freer to explore subjects that interested them. They had fewer limitations, and studies became more in-depth.

In psychology, studies on human experiences were more directed inward, resulting in an abstract reflection of the visual arts. It essentially rejected past principles of realism and, with its new techniques and the creation of new materials, artists were able to experiment more, especially with the advent of printing advances and the use of posters for artwork, giving way to pop culture. Claude Monet and Pierre-Auguste Renoir are known leaders of Impressionism- the earliest modernist art movement which debuted in 1874.

The techniques they used in their painting- the wildish strokes, play on the effects of light, represented their rejection of realism. This was followed by Fauvism, Post-impressionism, Cubism, and other such works delving more into experimentation as inspired by Impressionism.

The experimentation approach to art was taken further by a new movement called Dada, first appearing in 1915, which embraced nonsense and the absurd, by undermining the importance of traditional skill. Dada movement was an all-out rebellion against art, launched in 1918 with the Berlin Manifesto. 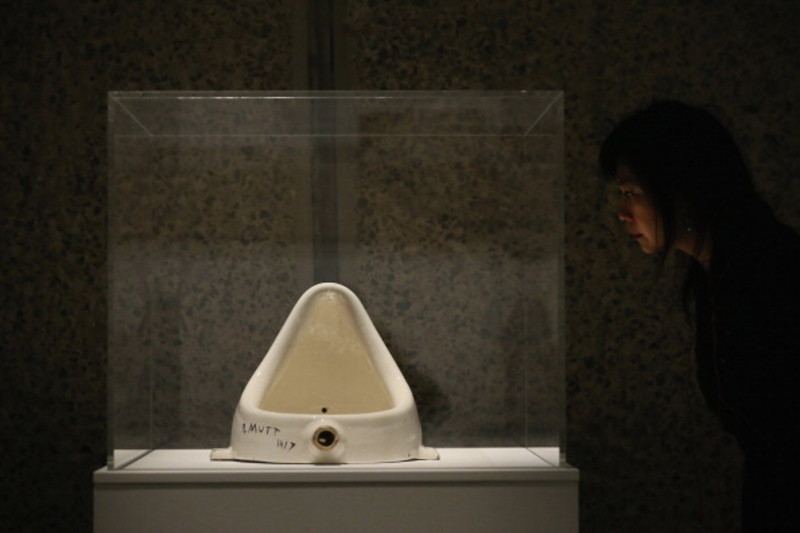 Marcel Duchamp, a French artist, created his Fountain piece in 1917; a signed urinal made of porcelain. In 1919 he made a print of Mona Lisa and drew over it a penciled mustache, called L.H.O.O.Q. These works exemplified the Dadaist movement, and with it, Duchamp had foreseen postmodernism.

Abstract Expressionism began in the late 40s in the US, signifying the peak of Modernism. It was known for the use of oversized canvases where artists made splashes of paint, a diversion from ordinary subjects and styles. 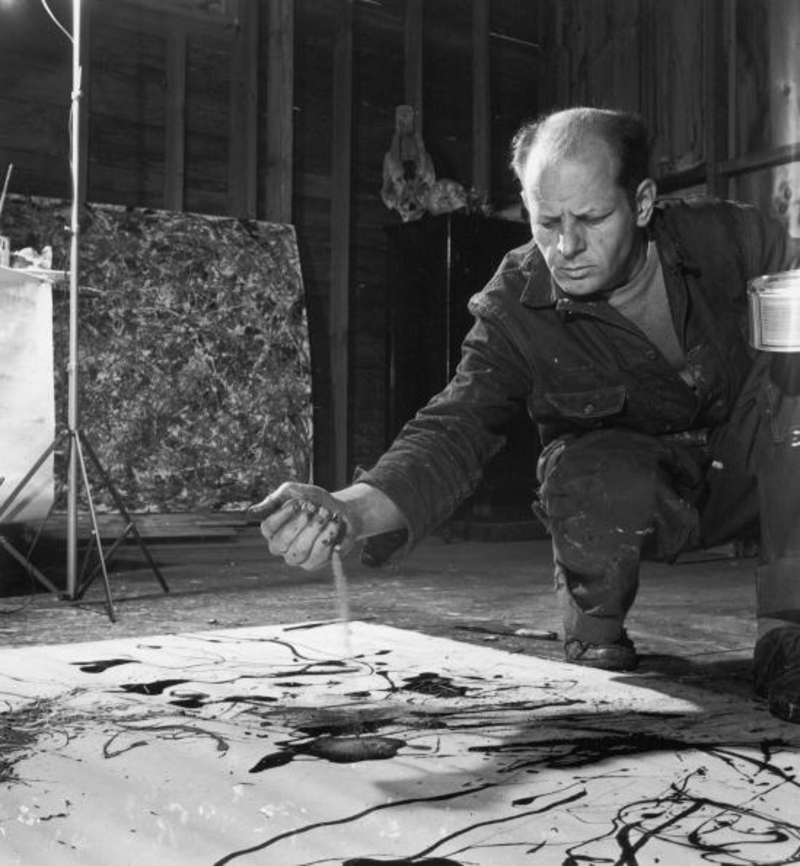 Each work is supposed to manifest the artist’s subconscious, documenting the movements necessary to complete the work. By dripping paint from above, Jackson Pollock became famous for his unique method of Abstract Expressionism.

Pop Art started in England back in the 1950s but was popularized in the US. It served as a bridge during the transition from Modernism to Postmodernism. It makes use of images from mass culture, objects of capitalism, pulp fiction, and consumer goods. Robert Rauschenberg and Jasper Johns were Abstract Expressionists who transformed into the Neo-Dada art movement. 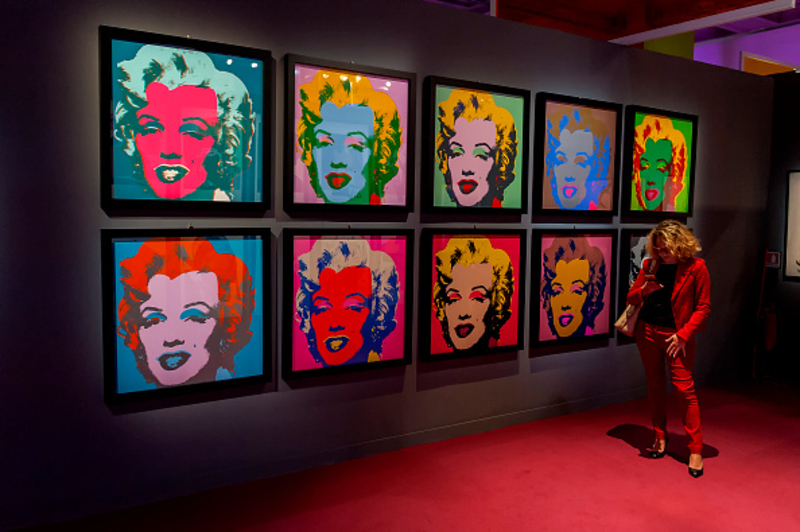 Rauschenberg sculpted the Ballantine Ale cans in 1960 before Andy Warhol came up with his Campbell’s Soup cans that became a classic Pop Artwork.

This broad movement began in the mid to late 20th century. It encompasses many approaches and often questions ideologies of Modernism. Many link it to post-structuralism, a philosophical movement in which philosophers like Jacques Derrida suggest that structures within our culture can be deconstructed and studied thus. Postmodernism is heavily conceptual and, therefore, there is no other way to link it to other movements except by an “anything goes” outlook.

In studying an artwork, postmodernism highlights the importance of the meaning behind it, the purpose of its creation as the language of the art, rather than the physical art itself. Therefore, in terms of materials used, anything should do, taking any form, without being categorized as low art and high art, commercial art, or fine art.

This gave rise to new artistic approaches such as Earth art, which made use of natural landscapes; Installation art where the emphasis is given not solely on one piece, but on the whole space itself; Process art, where the efforts of creating art is a priority over the physical outcome; as well as Performance art and video art. Post-Modern art has become more about the artist creating the work rather than being defined by the art itself. 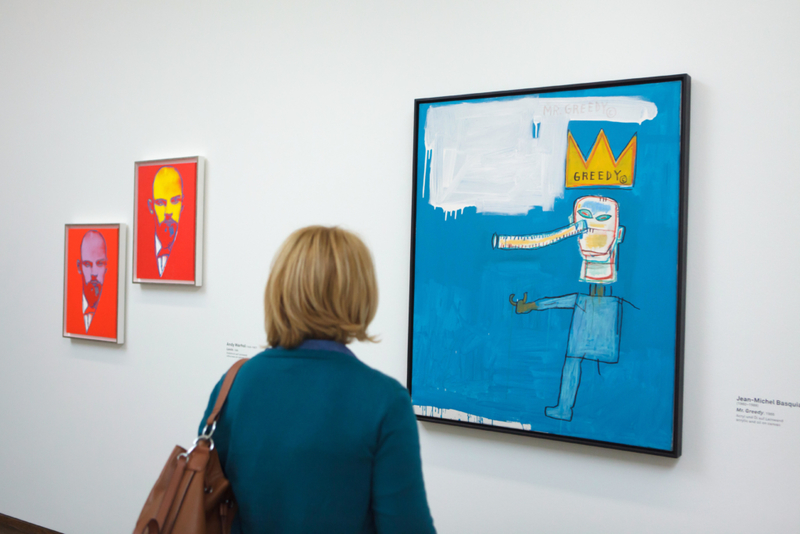 Sherrie Levine took a photograph of another photo by Walker Evans and declared it a new piece of work, controversially igniting debate on what the original photo means. Jenny Holzer, an American artist, embodies this model by making conceptual art from language, which made her very popular. Holzer’s utilization of texts comprises the main strength of her work called “Truisms.” She doesn’t make use of visual motifs to convey a complicated message but rather utilizes simple sentences, sometimes contradictory, like “Protect me from what I want” to form ideas. It is believed by many art historians that we are now in a Post Post-Modern period, while the postmodern movement had ended at the start of the 21st century.