Mysterious Monoliths are Appearing All Across the World

Sep 3, 2021 | Michelle Muller
Share on Facebook
A strange monolith was found in a secluded area in a desert canyon in Utah’s Red Rock Country. This monolith was a long vertical slab made of metal, around 12 feet tall. It appeared without warning and disappeared just as swiftly. Then when the first one was taken down, a second one appeared outside the Romanian city of Piatra Neamt on November 27 and disappeared a few days later, on December 2. And more recently, one at the top of Pine Mountain in Atascadero, California, emerged on December 2 and was removed on December 3. 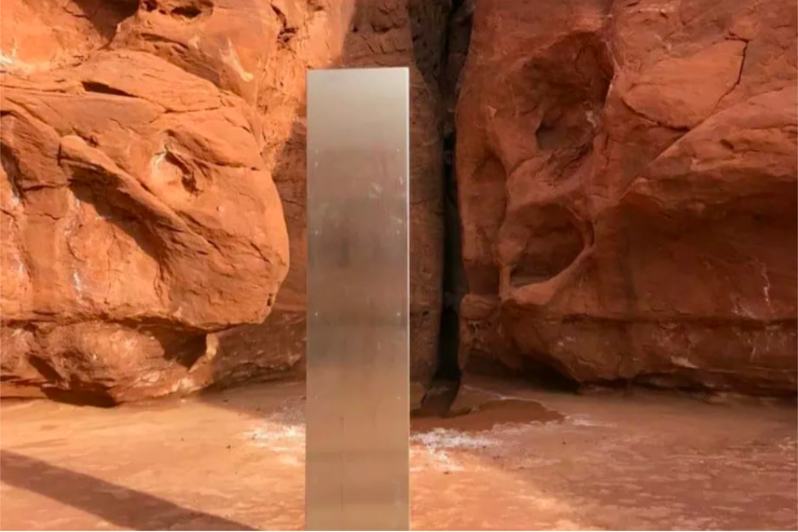 They look almost like alien artifacts partly because they are heavily similar to the monoliths described in Stanley Kubrick’s sci-fi classic “2001: A Space Odyssey,” where aliens place vast black monoliths to guide humans from one plane of evolution to the next. Sci-fi or not, all three of these real-life monoliths are still eerie. No one knows whether a new one will suddenly appear, only to evaporate again. We know very little about these monoliths; they are puzzling and prove that the world still contains marvels.

The first monolith was found in November in a remote desert valley in Utah’s Red Rock Country. The valley is hidden, and Utah’s officials for the Department of Public Safety said they had no clue as to how long the monolith had been there. Shortly after it was discovered, two individuals filmed themselves as they removed the monolith from the desert on November 27. They stated they did so for environmental reasons, adding that the mysterious object would only attract masses of gawkers into the natural desert scene, with no infrastructure set up to support them, and cause permanent damage to the delicate ecosystem. 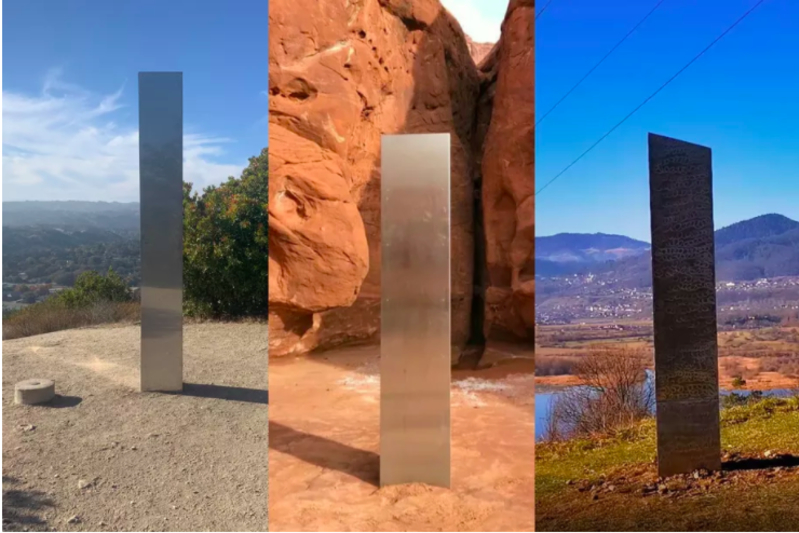 Where are These Monoliths From?

It’s not clear whether they’re from the same source. The building style and materials used vary distinctly between locations. A possible explanation could be that the Romanian and Californian monoliths are the product of copycats imitating the Utah monolith example. One prevailing theory suggests that the Utah monolith site is close to some of the 2015 filming locations for the HBO “Westworld” and states that it may be a leftover prop by the crew. Another theory suggests these monoliths are an anonymous art installation, conceived of by the same original artist in Utah. Regardless of who was behind these monoliths, they are all over the internet now.

Popcorn and How It Found Its Way Into Movie Theaters
It's hard to remember a time when popcorn and movie theaters weren't so intertwined. Apparently, this pairing took some time.