Jan 5, 2022 | Mila Serfontein
Share on Facebook
The Haka has become a popular trait of international rugby but where did it all start? The Haka, as Sir Tīmoti Samuel Kāretu describes it, was a performance “about the celebration of life” for the indigenous Polynesian Māori people from the mainland regions of New Zealand. It originated as a dance performed by Tane-rore, the son of the Sun God  Tama-nui-te-r a and wife  Hine-raumati who was the embodiment of summer. 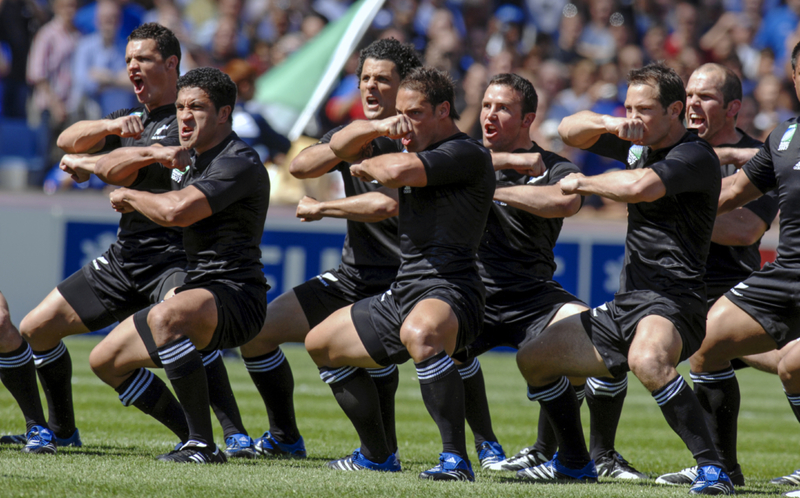 Shutterstock
Haka is an umbrella term for several types of hakas which serve various occasions. For example, the  Manawa wera  Haka would be performed in the case of funerals. The Nger i Haka was a performance without weapons to prepare and motivate the warriors psychologically for what awaits.

The first Haka performed was on October 3rd, 1988 against Surrey when New Zealand was the first team from a colony to tour the Home Nations in the UK. In 1901 during the Royal Tour to welcome the Duke of Cornwall that a rejuvenated rendition of  Ka Mate  Haka was performed in Rotorua – which became a nationwide famous performance. Today, it is only performed when the team is hosting in Wellington to respect and honor the life of Māori war leader Te Rauparaha, who is believed to have composed this Haka.

The New Zealand team gained their nickname the “All Blacks” during their first tour of Britain in 1905 and performed the choreographed performance of the Ka Mate Haka. Right after the Haka against the Welsh team, in unison with the Welsh fans, the team responded with the Welsh Anthem.  During the boat ride to the UK in 1924 for another tour and the team was unbeaten, both Judge Frank Acheson of the Native Land Court and Wiremu Rangi wrote the  Ko Niu Tireni  Haka for the team. It had become such a vibrant part of the match to perform the Haka that on the two occasions the team did not perform the Haka, the crowd was extremely disappointed. 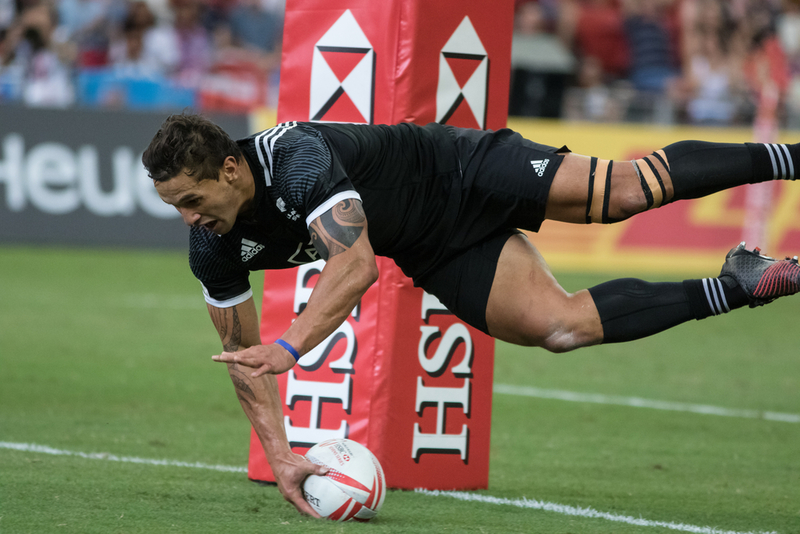 In 2005, the All Blacks surprised the South African rugby team during Tri-Nations with a new  Kapa o Pango Haka on the 27th of August. This Haka was made specifically for the rugby team as it translates to ‘The Team in Black’ and had received controversial feedback because, at the end of the Haka, the players perform a gesture that symbolizes “drawing vital energy into the heart and lungs’ by dragging their thumbs across their throats. This has been incorrectly translated as being of a brutal, harmful nature.  There has been a lot of suggestion that the Haka has no place on the rugby field, that it should be kept separate from the sport. Despite their efforts, the Haka has accentuated the importance of culture to become a shared experience for all spectators to enjoy.