Jun 15, 2022 | Mark Villanueva
Share on Facebook
It took conservators about ten years to upgrade the burial chamber of Tutankhamun, the boy king. After a decade of detailed work, painstakingly restoring structures and intricacies of the ancient tomb, the rehabilitated chamber has been upgraded to thwart further deterioration.

The Getty Conservation Institute, in cooperation with the Egyptian Ministry of Antiquities, had focused their work on overhauling sections of the tomb that had been affected by heavy tourism activity and potential overuse for a number of years. Of course, a good clean-up and reconditioning of the paintings hung on its walls was also a big part of this project. 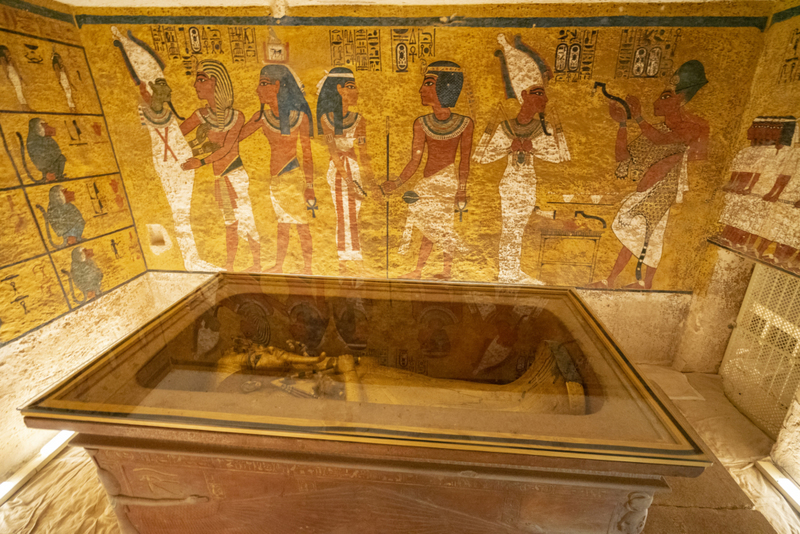 Getty Images photo by skaman306
Tutankhamen (variant spelling: Tutankhamun) came into power as Egypt’s 12th pharaoh when he was only nine years of age. This was during the eighteenth Egyptian Dynasty, and he only stayed in power from around 1332 to 1323 B.C; nearly a decade, dying of a mysterious disease. It is now believed that the boy king had suffered from an infected wound in his leg which became contaminated with gangrene.

King Tut may only have held power in such a short time, but today he remains one of the most popular Egyptian pharaohs. His tomb had been veiled at the entrance with rubbish, keeping it secret for an astounding 3,000 years since he died. His magnificent chamber was discovered in 1922 by Howard Carter, a British archeologist, at the Valley of Kings. People were so impressed with its richness and splendor, and it made the boy king a distinguished discovery.

Carter was accompanied by George Herbert, Lord Carnarvon, his fellow archaeologists, when stumbled he upon King Tut’s chamber. They were surprised to find its appurtenances mainly intact, from statues, perfumes, jewelry, and oils. It had a total of 3 coffins, the middle with King Tut’s mummy in it. 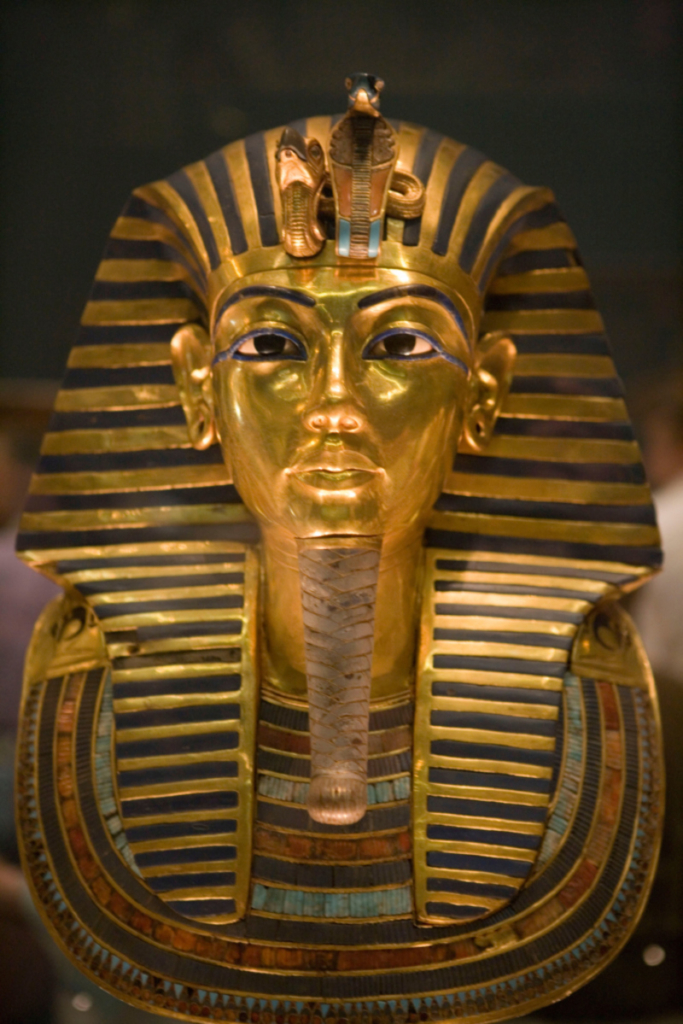 Alamy Stock Photo
Due to its being well preserved and grandeur, it easily drew around 4,000 visitors daily, making it a top attraction during the late 1980s. This worried archaeologists in time, forecasting that bringing in too many tourists could speed up the place’s decay or destruction. Tourists tend to examine brittle surfaces, scratching them; and along with them came dust from without, carbon dioxide, and a humid atmosphere, causing fungus to sprout on various surfaces.

Its restoration was finally started in 2009 by the Egyptian Ministry of Antiquities with the combined efforts of the Getty Conservation Institute. It was long overdue and the layers of dust were cleaned up, the walls carefully treated, the ancient paintings restored.

However, the fungal growth on the paintings was surprisingly lesser versus the mid-1920s. They have concluded that it had initially invaded a layer of paint and had stopped spreading, dead. The conservators decided not to fully take out the brown spots fearing it might ruin the painting by doing so.

After carefully examining the spots of microbial growth, the project specialist, Lorinda Wong, concluded that they were unique to the pharaoh’s tomb, and must be on account of its uncommon burial.

To prevent such problems from recurring in the future, the conservators have installed barriers around the chamber walls. They also employed a ventilation system and filters to ward off the destructive effects of the humid atmosphere from outside.

It is interesting to note that public access remained open during the duration of the project. The chamber’s popularity continues to increase up to this day, especially after new artifacts have been discovered that show that Tutankhamen wasn’t weakly as initially assumed. In fact, the evidence shows that he might have been an agile soldier.

Archaeologists also had to publicly report that King Tut’s tomb had no hidden chambers, rejecting unfounded beliefs that Nefertiti, or some other mummy of an important ancient Egyptian official, could be found inside.