The Story Behind The Mysterious “Wow!” Signal

Jun 10, 2022 | Zoe Karbe
Share on Facebook
For the skeptics out there, this might change your mind about aliens. On August 15, 1977, astronomer Jerry Ehman picked up a slight irregularity while conducting a narrowband radio survey on Ohio State University’s Big Ear telescope. 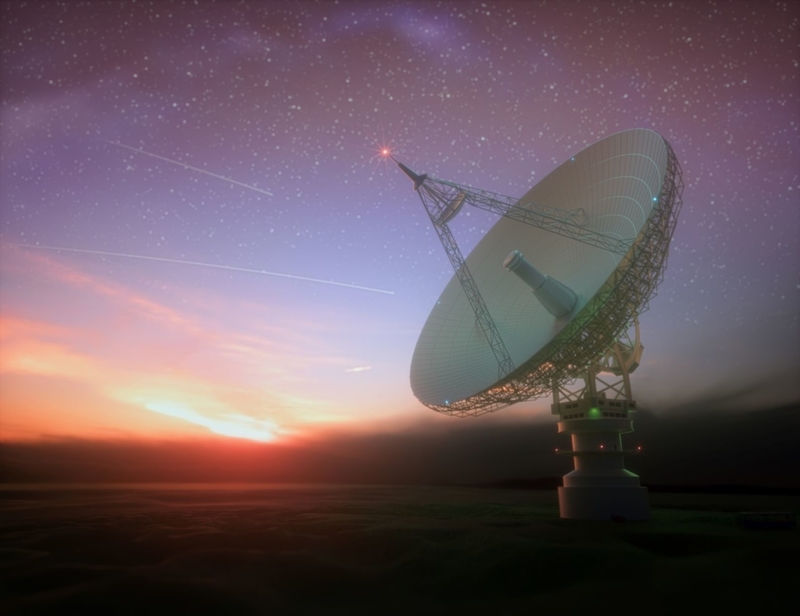 The telescope, officially known as the Ohio State University Radio Observatory, was a telescope used for the University’s extra-terrestrial research. Between the years 1965 and 1971, Big Ear’s main goal was to identify and measure the strength of wideband radio sources. In 1972 however, when the National Science Foundation cut funding to Big Ear, the university decided to continue its work by creating an observing program run by volunteers. The volunteer project continuously scanned the sky for 22 years, earning it the title of the world’s longest-running SETI program.

Ehman, one of the volunteers,  was examining the data on the telescope printout when all of a sudden he noticed a strange set of characters in the second channel. Amazed by the potential importance of it he immediately scribbled the words “Wow!” on the margins of the printout. Ehman was first struck by the strength of the signal. Since the project had implemented an alphanumeric code to record the intensity of signals, the “Wow!” signal read as “6EQUJ5”, meaning it reached a peak in the signal-to-noise ratio. 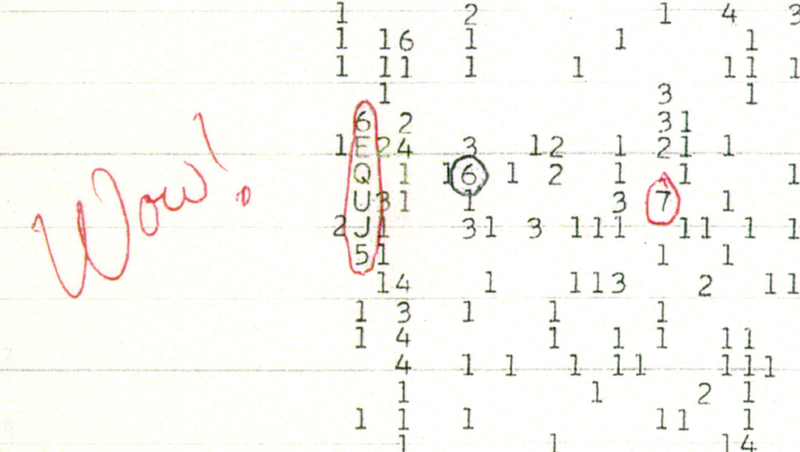 A Message From Beyond?

Interestingly, although Big Ear had two feed horns, which observed different sources at similar times, the “Wow!” signal passed through only one of them. The conclusion was that the fleeting transmission recording came from extraterrestrial intelligence. Thoughts are very divided over this and many radio astronomers have ruled this out. Ehman himself was not entirely sold on the idea either. Nonetheless, the “Wow!” signal excited the SETI community for further study. What is particularly strange is that the irregular signal was never repeated.  Since the discovery, countless follow-up observations have been made, all leaving researchers stamped as ever. Some point to spy satellites or comets. Regardless of its origin and the doubt around it has long remained what some might consider the strongest piece of evidence of an intelligent extraterrestrial signal.