The History Behind Brunch

Love it or hate it, the time-honored testament to a meal in place of breakfast and lunch we call Brunch has existed since the 1890s. However, it hasn’t always been Belgian waffles and huevos rancheros on Mother’s Day. Where did Brunch originate? What’s up with Bloody Marys? What’s the ideal menu for Brunch at home? Let’s explore the brief history of Brunch.

Who Called it Brunch?

The word “brunch,” comes from a mixture of the words breakfast and lunch, which was first used back in print in 1895 by the writer Guy Beringer. He wrote an article entitled “Brunch: A Plea,” which made a case for a Sunday meal that was lighter than the standard, traditional Sunday supper.” Brunch is cheerful, sociable and inciting,” Beringer entreated.” It will place you in a good mood, it makes you content with yourself and your loved ones, it sweeps away the worries and cobwebs of the week.” The famous periodical Punch picked up his article in 1896, and the idea began to spread, reaching American shores by the 1920s.

Food historians aren’t in total agreement on what the same table spread would have resembled at an old-timey brunch. Many consider the first brunches to have been England’s breakfasts after their hunts, which were a feast of meats, along with eggs, stews, and fruits. Others maintain it was the Catholics who first enjoyed a late-morning brunch due to their early-morning pre-church fasting. In the U.S., Brunch got its start in Chicago, the midway point on transcontinental train routes made by celebrities and the affluent elite. Passengers arrived seeking a sophisticated late-morning meal.

The 1980s ushered in a new culture that influenced the brunches we enjoy today. The age of conspicuous consumption saw the introduction of extravagant brunch buffets, harkening back to its American roots as a meal for the wealthy upper class. Eggs benedict, perhaps the most famous of brunch dishes, was invented in NYC, with the city’s brunch menus also frequently featuring local favorites, like Nova lox and smoked sturgeon. It’s no surprise that Food & Wine magazine, New York City, is the best brunch city in the United States. 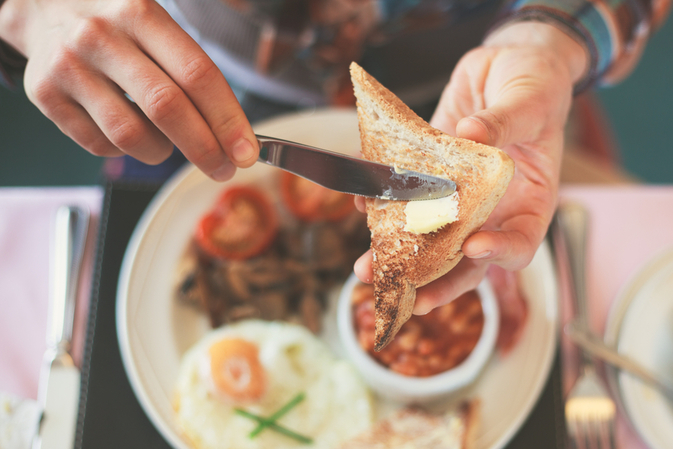 Brunch is also huge in Atlanta, highlighting southern influences with dishes like fried chicken benedict atop buttermilk biscuits. Las Vegas may make the biggest splash with Brunch, though, serving opulent, all-you-can-eat buffet feasts that frequently include luxury foods like jumbo crab legs, lobster, and oysters. Many brunches throughout the U.S. also often feature many diners’ favorite feature…unlimited or “bottomless” mimosas and Bloody Mary cocktails. That being said, many popular “bottomless” brunches now impose a one or two-hour limit on the festivities before the bottom magically appears again.

Brunch is an ideal meal for the home chef to tackle. It’s so popular, in fact, celebrity chef Bobby Flay even dedicated an entire television series to it. Hosts enjoy the flexibility of schedule and wide array of dishes to choose from, while guests will relish in the luxuriousness of skipping the long lines at the local brunch hot-spot. If you’re new to making Brunch for a crowd, keep it simple, with make-ahead favorites like breakfast strata: a savory bread and egg pudding prepped the night before. Waffles, an all-time brunch favorite, can be made before guests arrive and keep warm and crisp in a 200-degree Fahrenheit oven. Serve it up alongside your favorite boozy brunch cocktail, like a bellini (a refreshing blend of sparkling wine and peach nectar.) 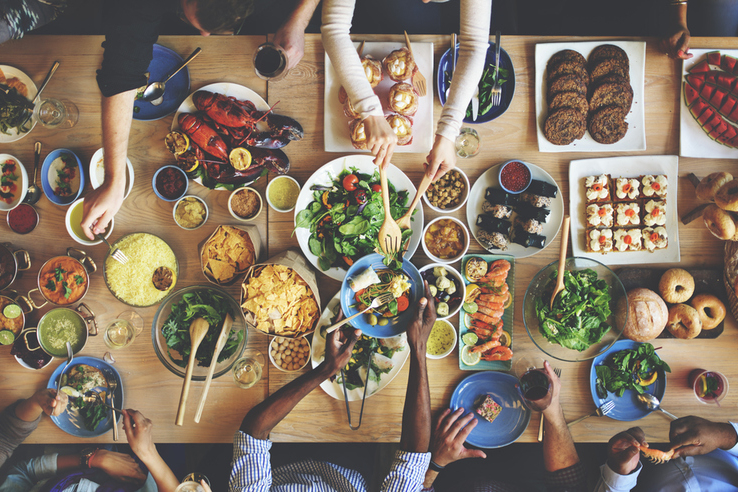 You may also consider a trendier take on the classic Bloody Mary cocktail, with a make-your-own Bloody Mary bar. Guests can go as tame or spicy as they like and get creative with garnishes and edible swizzle sticks like bacon strips, pickle spears.