The History Behind Vitaminwater

Picture the scene. It’s a scorching 90 degrees outside. You went for your daily run, but today, you gave it everything. The workout ends with you drenched in sweat and in desperate need to satisfy your thirst. You’re not going to reach for just plain ole h20, are you? Well, until the early 1990s, you’d likely be doing just that. Ahhhh, the pre-enhanced water era.

There are only a few things humans need to survive, with water being one of those. It doesn’t take a rocket scientist to realize the lucrative potential with water and exploring ways to expand upon that basic element. However, it did take a health nut with a knack for entrepreneurial tendencies to open up the floodgates (pun intended) to enhanced water. Amidst the highly competitive beverage industry, one product has outshined the rest in consumption: Vitaminwater. Launched in 2000, the water enriched with vitamins and minerals has taken the beverage industry by storm, earning millions each year. Let’s take a look at the untold truth of vitamin water.

The Story of Vitaminwater First Began with SmartWater

Before we can even scratch the surface of Vitaminwater, we must look at its predecessor, SmartWater, and its creator, J. Darius Bikoff. Bikoff was a health nut with a big dream. It was he, himself, who peddled his brand new electrolyte enhanced line of water, called SmartWater, to independent grocers and health-focused stores around his home of New York.  The SmartWater beverage quickly took off and led to fruit water development and then Vitaminwater in 2000. With demand came expansion, and by the early 2000s, the company found national distribution. The company began operating under the name Glaceau, and by 2002 it became the top-selling enhanced water within the States.

The Brand Master Behind Vitaminwater’s Success

It could be proclaimed that much of any product’s success could be attributed to the geniuses behind the curtain. There’s an old saying: you can lead a horse to water, but you can’t make him drink. So how do you get the folks to drink? Marketing, baby. This is where Rohan Oza, dubbed the “Brandfather” of Hollywood, comes into play with his unprecedented brand-building skills. He both metaphorically and physically got the people to drink the water. Oza is credited with linking the biggest A-listers globally with brands, creating fruitful partnerships that benefit both parties and boost celebrities’ brands.

It’s not all about marketing and nutritional benefits (or lack thereof); sometimes, we want to satisfy our taste buds and quench that lingering thirst with something full of flavor. Otherwise, we’d be grabbing that plain glass of water. Since its launch in the early 2000s, Vitaminwater has continued to keep consumers engaged by expanding its portfolio of flavors. There’s everything from run-of-the-mill, approachable flavors, like iced tea, limited-time options, and unique fruit-forward blends, like kiwi-strawberry. 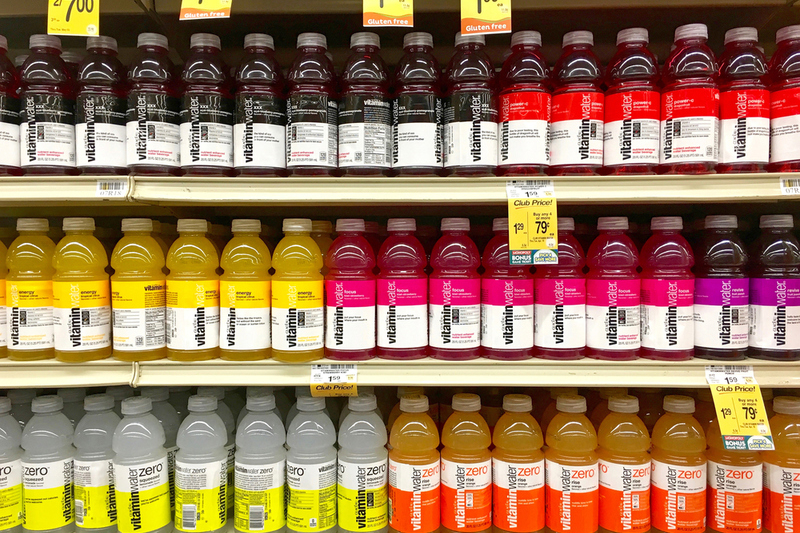 Recent unique flavors include the 2019 launch of Vitaminwater fire and Vitaminwater ice. Fire features a spicy watermelon lime taste and utilizes jalapeno hints to create a tingling sensation on the tongue. On the contrary, Ice creates a cooling effect with flavors of blueberry and lavender. They both also happen to be a part of the brand’s 20 calorie line. Of course, with the new flavors, the launch came a unique marketing campaign complete with sweepstakes to win a trip to the wintery tundra of Iceland.