The Humble Beginnings of the NFL

Jun 12, 2022 | Ofek Hagag
Share on Facebook
American Football has such a firm hold in American culture it’s practically a religion. The sport has been played professionally on the continent since the 1890s, but organizing it and sorting it into leagues didn’t happen until long after that in 1920. That was the very beginning of what will grow into the NFL. It all began with a group of passionate men from Canton, Ohio, who formed the first-ever league. Little did they know, it was about to become the biggest, highest-earning sports league on the planet. 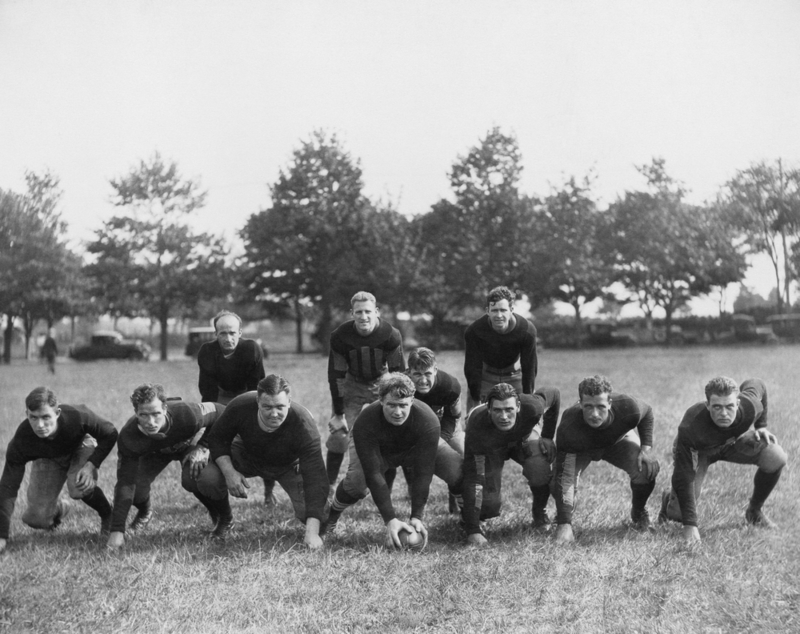 It was a little rocky at first

It was the year 1920 and football had been played all across America. While it was pretty successful as a spectator sport and bringing it some serious money, it was not organized in the slightest. Sure, there were teams around America and people paid good money to see them, but there were loads of assorted teams with no specific schedule or even contracted players. Instead, players switched teams all the time based on the lucrative deals they did or didn’t get.

In an effort to sort things out, football legend Jim Thorpe headed a group of men as they were trying to establish some rules. They came up with clear standards for the sport and hoped that other American teams would follow suit and join them.

The meeting was proven fruitful and the guys came up with some new guidelines. These are the main ones: First, a schedule would be set in place in a way that would accommodate the different regional and state teams. Each season will have a championship game with a salary cup. Next, all player poaching was banned, and new recruits couldn’t join pro teams while still playing for their college teams.

When the guys were done, they started going by APFC — the American Professional Football Conference. They got five teams to sign on at first, and other teams kept trickling in to form a much larger organization. The process took a few years (and a few names), but this is how we eventually got the NFL.