The Library of Alexandria and How It Was Destroyed

Feb 28, 2021 | Ofek Hagag
Share on Facebook
The Great Library of Alexandria is one of the biggest, most famous libraries of the ancient world. It is estimated to have been built between 285-246 BC, and much like modern-day university libraries, it was also a part of a research institute. Scholars of Alexandria used the 40,000-400,000 papyrus scrolls to further research science, arts, and literature. At its peak, it was famous for curating human knowledge and wisdom, but the distance of time has wrapped the story of its downfall in myths that aren’t necessarily true. 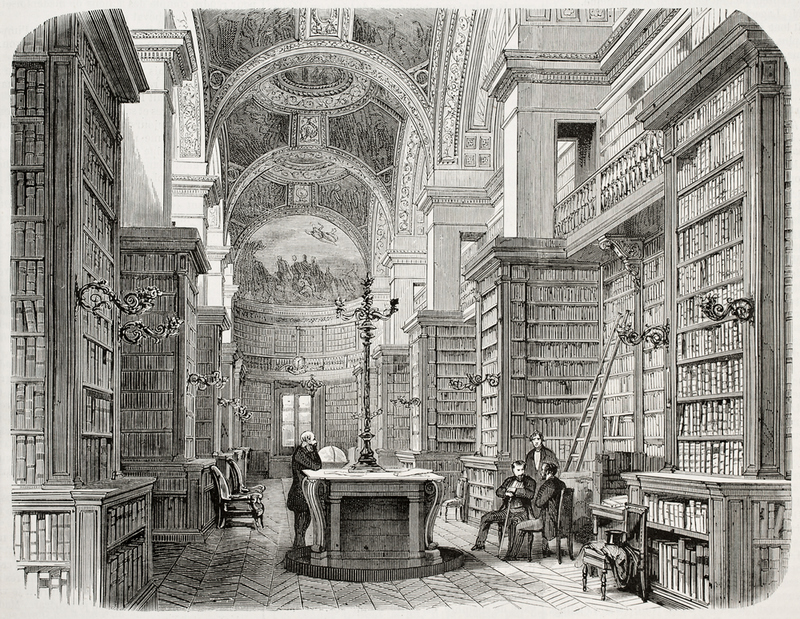 While incredibly famous, the Great Library of Alexandria wasn’t the first of its kind. Older libraries have been built during the sixth and seventh centuries BC by the Greeks and the Sumerians, and the Assyrians among other nations. Even King Nebuchadnezzar II is known for the library he commanded to build in ancient Babylon. Many of those ancient libraries were accessible to nobles and scholars, but Peisistratos, the son of Hippocrates is known for building a public library in Greece in the sixth century BCE.

The Library of Alexandria has some facts and some fiction tied to its name — mainly the way it was destroyed. We are here to help you separate the truth from the myth. Built (in part, at least) by Pharaoh Ptolemy II Philadelphus, the library was an ambitious project designed to curate all human knowledge in one place. Many think that this impressive enterprise was destroyed by Julius Caesar, who burned it to the ground. However, it is not entirely true. What did happen is that Caesar’s soldiers tried to hold off Ptolemy XIV, Cleopatra’s brother, from taking over the city. They did that by setting fire to their own ships so Ptolemy’s ships can’t enter Alexandria. The thing is, that the fire spread inland and burned a nearby warehouse where some of the library scrolls were kept. That being said, the fire didn’t reach the actual library. The building itself had a much slower, sadder deterioration. When the Romans took over Alexandria, the city lost its high-and-mighty status, and the scholars that used to frequent the library gradually left it. Most of the scrolls were then moved to other establishments. The walls that used to hold all of this knowledge were eventually ruined by the Roman Emperor Aurelian, who destroyed it in 297 CE when the city was under siege.

Three Little-Known Facts About Queen Elizabeth Stuart
Elizabeth Stuart was one of the most intriguing monarchs England has ever produced. Enjoy some lesser-known facts about her!

These John Ford Westerns Will Never Be Forgotten
Director John Ford defined the Western genre. His films captured masculinity at its finest and the harsh and rugged terrain of the wild west. If it wasn't for him, the world..