The Pioneers of Women’s Rights

Dec 18, 2021 | David Ralph Retuya
Share on Facebook
Numerous women in American history fought for the rights that their fellow sisters are enjoying today. If it weren’t for their hard work, society wouldn’t even recognize equal treatment among male and female citizens. These women excelled in their own chosen fields of politics, sports, science, art, and literature. Their strength and intelligence amidst male dominance and suppression delivered a message to the world that what men can do, women can do better. Seneca Falls, New York was the venue for the first women’s rights convention in 1848. A total of 240 individuals gathered in the city to discuss the civil, social, and religious conditions and rights of women. One hundred delegates, 68 women and 32 men collectively signed a Declaration of Sentiments. It was modeled after the Declaration of Independence as it announced that women, just like men should have an inalienable right to any elective franchise. The territorial legislature of Wyoming declared that every woman from 21 years and up who legally resides in the territory can vote at every election. Congress tried to remove it out of the equation; luckily women still kept their right to vote. In 1924, Nellie Tayloe Ross became the nation’s first female governor.

Getty Images photo by Bettmann/Contributor
The best architecture school in the world is the Ecole des Beaux-Arts, and the first woman to ever get admitted was Julia Morgan in 1898. The Californian student earned her degree in civil engineering from Berkeley. After finishing her certification in architecture, she became the first woman to practice architecture in California. The first birth-control clinic in the US was by a nurse named Margaret Sanger in 1916. Her Brownsville, Brooklyn clinic was illegal during that time as the “Comstock Laws” banned any form of contraceptives and cascaded any information about them. Her clinic was eventually raided on October 26 as the city vice squad arrested the staff and confiscated condoms and diaphragms. After another failed attempt at reopening her clinic, she created the American Birth Control League, an organization that gave birth to “Planned Parenthood.”   Edith Wharton was the first woman ever to win a Pulitzer Prize, thanks to her 1920 novel “The Age of Innocence.” The book heavily critiqued the hypocrisy and insularity of the upper class during turn-of-the-century New York. Just like her many books, it went on numerous stage and screen adaptations like the Gossip girl series to name a few.   Activist Alice Paul proposed the very first Equal Rights Amendment in 1923.  The fight went on for almost 50 years until it received approval in 1972. The proposed amendment was “Equality of rights under the law shall not be denied or abridged by the United States or by any State on account of sex.” It was problematic as it hid all kinds of threats against women like forcing wives to support their husbands financially, sending women into combat, and many more. Most of the states ratified the law right away with a few conservative activists mobilizing against it. The latter was successful, and in 1982 the ERA was expired and never passed. 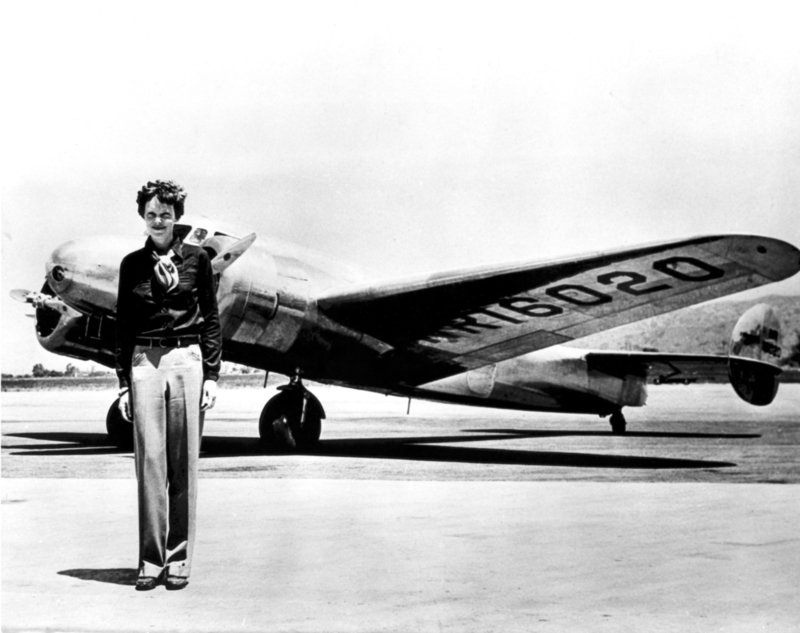 Shutterstock
The first woman to cross the Atlantic using an airplane was Amelia Earhart in 1928. Her first trip across the ocean took more than 20 hours. In 1937, she attempted to be the first pilot of any gender to circumnavigate the globe at its widest point: the Equator. She never got to finish the trip since she disappeared with her navigator, with no trace up to this day. The first female member of a Presidential cabinet in 1933 was a sociologist and New York’s progressive reformer, Frances Perkins. She served as Franklin D. Roosevelt’s Secretary of Labor until 1945.

The All-American Girls Professional Baseball League became the official league for female players in 1942. It kept the sport alive for 12 seasons while the major-league stars joined the armed services. Over 600 women played for the league’s teams including the Racine Wisconsin Belles, Rockford Illinois Peaches, Grand Rapids Michigan Chicks, and the Fort Wayne Indiana Daisies. In 1959, Pharmaceutical company G.D Searle applied for a license from the FDA to sell Enovid, a combination of hormones estrogen and progesterone used as an oral contraceptive. Despite conservative and religious objections, the pill was approved for short-term use a year later. 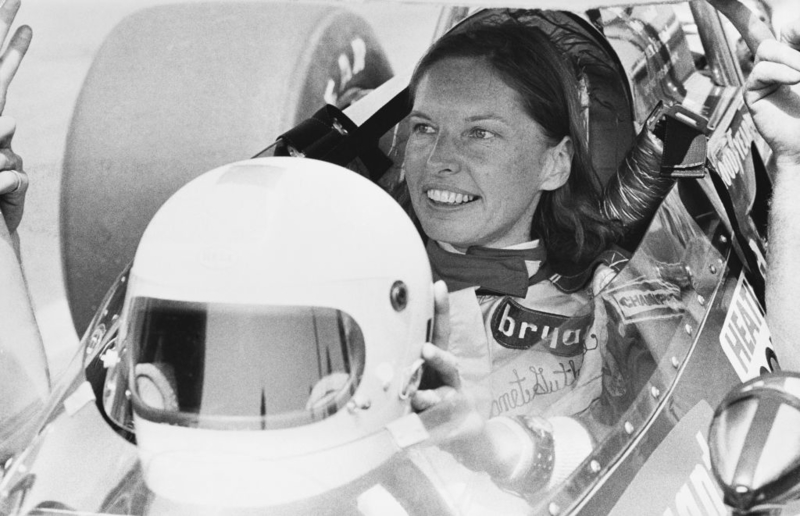 Getty Images Photo by Bettye Lane/Photo Researchers History
After being cut from the space program because she didn’t have a Ph.D., Janet Guthrie became the first woman to drive in the Daytona 500 and Indianapolis 500. Sandra Day O’Connor was nominated by President Ronald Reagan to become the first woman on the Supreme Court in 1981. She had only been a judge for a couple of years before, but she made a name for herself as one of the most thoughtful centrists. Joan Benoit is the winner of the first women’s Olympic Marathon in 1984. She finished at 2:24.52 and was 400 meters ahead of her Norwegian competition, Grete Waitz. 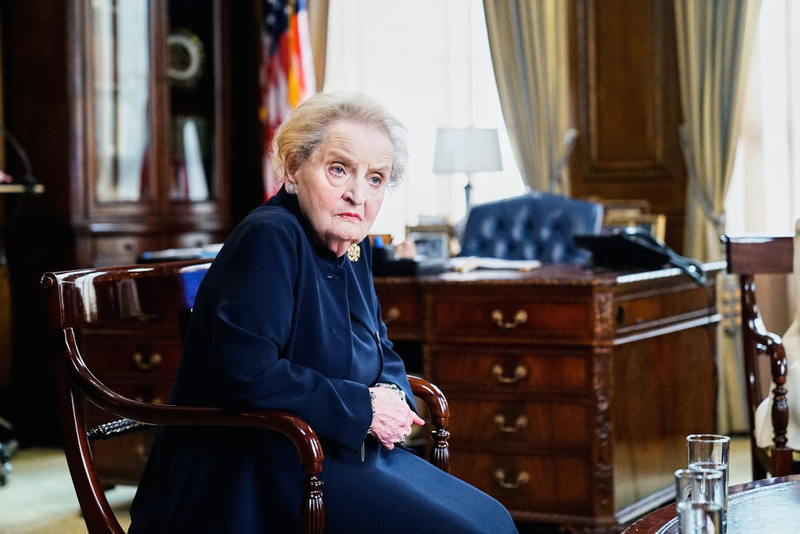 Getty Images Photo by David M. Russell/CBS
Quebec City, Canada’s Manon Rheaume was the first woman to play in an NHL game in 1992. She played as a starting goalie for the Tampa Bay Lightning in a preseason exhibition game. She would then lead her team and win numerous awards. The first female Secretary of State was Madeleine Albright. She is the highest-ranking woman in the history of the American federal government. She was followed by Condoleezza Rice, making her the first African-American woman to become Secretary of State. 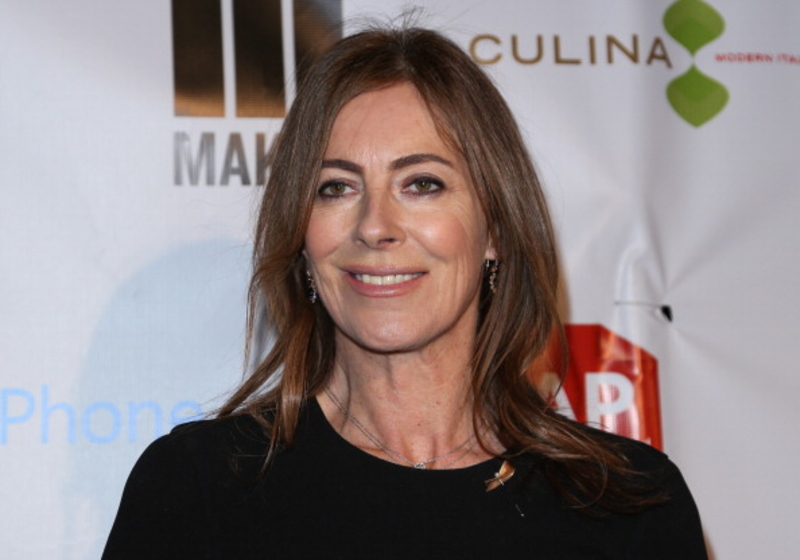 Getty Images Photo by Paul Archuleta/FilmMagic
Kathryn Bigelow won an Oscar award for Best Director in 2010. She was the first woman ever to receive the distinction thanks to her 2008 film “The Hurt Locker”. Hillary Clinton becomes the first female presidential nominee from a major party in 2016. She did not win the election, but she was a front-runner! 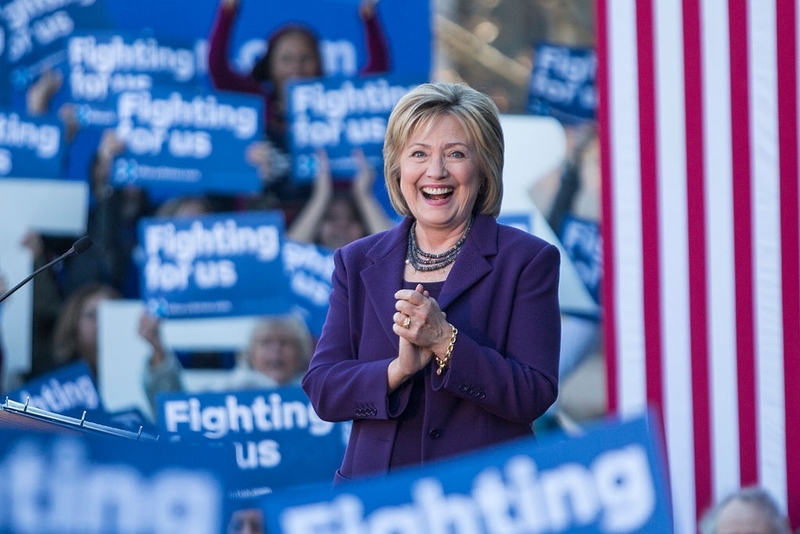