Back in the 17th century, when it was known as the Kingdom of Bohemia, the Czech Republic fell under Habsburg (aka Austrian) rule and their language nearly disappeared. In the end, it was saved completely unintentionally by something rather peculiar.

Conserving a Language at All Costs

If you ever go to Prague, one thing you have to do is take a peek inside one of the city’s puppet shops. Inside, you will find craftsmen whose own faces appear to have been hand-carved by the passage of time, laboring over small wooden forms. When the strings of these inanimate creatures are pulled, life springs forth like magic. And it is no exaggeration to call their movement magic because it was thanks to the humble puppet that the Czech language was saved. How did the Czech language come to be in such a precarious state?

Well, in 1620, the Protestants of Bohemia lost to Roman Catholic forces at the battle of the White Mountain in Bilá Hora. This left the Bohemians at the mercy of the Holy Roman Emperor, Ferdinand II who immediately reinstated Habsburg rule. This fueled the already fiery religious and political tensions in the region, resulting in a crisis that swept through Europe, inciting the Thirty Years War. While the Czech Protestants obviously weren’t happy about having their religious freedoms oppressed by the Catholics, something far greater was at stake for them: their language. 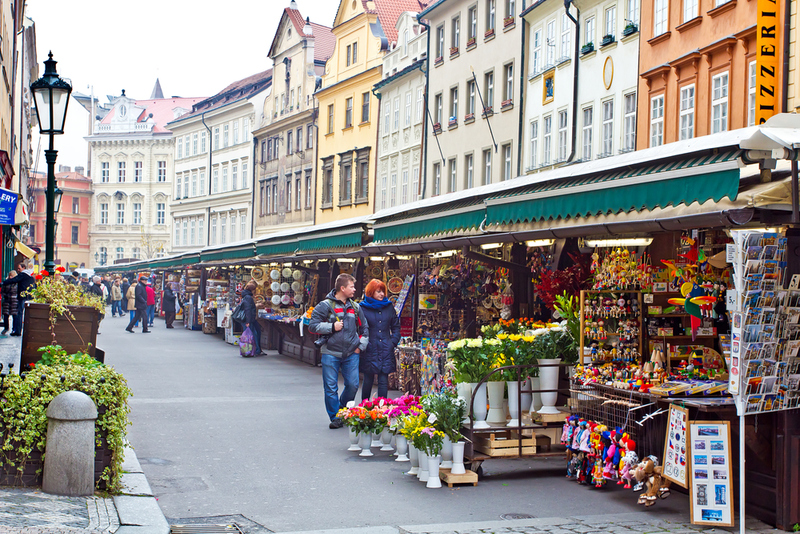 Ferdinand II was not keen on anyone who wasn’t a Catholic. Protestants, in his view, were both a threat to his faith and just plain wrong; two things he couldn’t have. As a part of the quashing of their religious impertinence, Czech locals were made to speak the language of the invading force: German. While the peasants and working class took up the new language with little resistance, Czech artists and intellectuals put up some resistance.

However, the tide was hard to fight. An official mandate even forced Czech actors to start performing in German. As time passed, their language faded, becoming a mere dialect and then something of a relic. As it teetered at the precipice of slipping entirely into the void, this fading language was caught by an inanimate hand.

Puppetry Was a Form of Protest for Bohemians

While the 17th-century woodcarvers of Prague were more accustomed to creating the inner workings of churches, many of them became involved in the side business of making puppets for local actors. This practice blossomed in the wake of Ferdinand II rising to power. The reason? As inanimate objects, no rule was in place preventing the puppets from speaking their native Slavic language in public. While all the humans of Bohemia had their tongues forcibly tied to German, the wandering actors who breathed life into their puppets were able to hide behind the little wooden figures. After all, it was the puppet speaking Czech, not the actor.

While this loophole may seem ridiculous, it worked. Thanks to just a few hundred puppets and their puppet masters, a dying language was kept safe, right under the noses of the invading force. Tied to puppet strings, the Czech language was held back from the precipice of oblivion just long enough to outlast Roman Catholic rule.

Prague Today and the Legacy of Its Language-Saving Puppets

As you stroll the streets of Prague, one thing is for sure: it won’t be long before you happen upon a cozy little shop or market stall with puppets hanging from the frames, their benign, unflinching faces smiling down at you from above. No trip to the Czech Republic could be complete without meeting the marionettes that carved out such an important place in the history and the hearts of the Czech people.

If you’re lucky, you’ll catch a puppet-master one day as you’re soaking up the sun in one of Prague’s beautiful cobbled squares. No longer hanging lifeless, his puppets will beckon to you with astonishingly lifelike movements; expression created on their frozen faces through the simplest and most delicate of movements. You will feel yourself inescapably drawn into the melodic melodrama of the most cherished Czech love stories, which always feature an underdog fighting for life above his status.

As you listen to the locals cheering on the underdog puppet in their native tongue, take a moment to imagine how different the scene around you would have been had the little wooden creatures before you not had a hand in the history of the nation.