The Surprising and Inspiring History of Pretzels

Pretzels are everyone’s favorite snack food, but they started as something else entirely. The savory snack has a religious past that includes monks! From monks who originated the shape as a reward for his students to valiant pretzel bakers who helped save Vienna from the Ottoman Empire invaders, let’s look back at the surprising and inspiring history of the food.

A Reward for Students

Though big soft pretzels are generally considered a hearty German treat, they most likely originated in the South of France or Italy. In all honesty, the legend of monks creating pretzels has a few different variations. That being said, most people believe that the earliest recognizable forms of the food were designed in 610 A.D. by a monk with intent to reward his pupils. He took bread dough and shaped them, looking like children with their arms folded in prayer. He gave them to his students as a snack when they did a good job, and just like that, a new trend was born. The religious connection may also include the three holes in the traditional shape, a representation of the Holy Trinity of the Christian church. 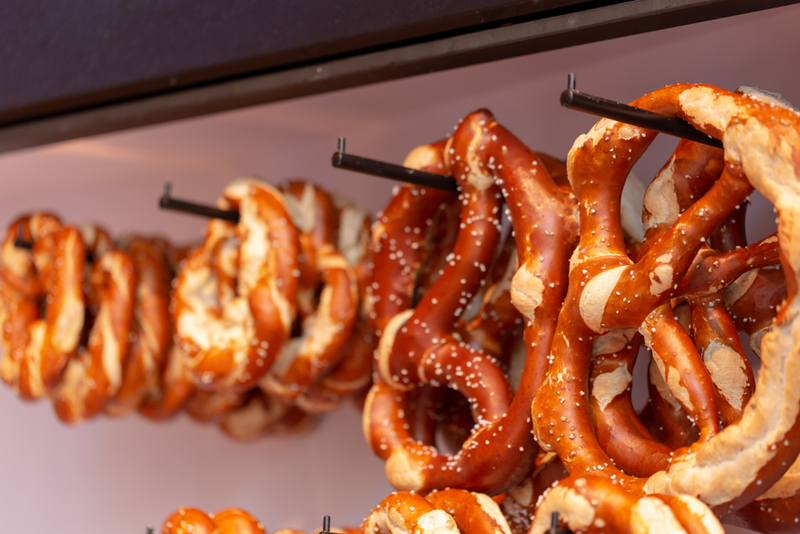 This may come as somewhat of a surprise, but the monks who baked pretzels in the 16th century were humble war heroes. When Turkish soldiers burrowed below Vienna as part of an attempt to expand the Ottoman Empire, monks came to the rescue. The soldiers that climbed through the tunnels were in attack mode in the early hours of the morning, which was the same time monks woke up to start making pretzels. Several of these monks heard the noise coming from above the monastery’s basement and warned the city’s military. They saved many lives and earned a coat of arms from the Austrian emperor! Interesting Facts about the Dalai Lama