The Unknown History of Potato Chips

Oct 6, 2021 | Michelle Muller
Share on Facebook
It doesn’t matter whether you call them chips or crisps, they’re definitely one of the most popular snacks on the planet, with Lay’s potato chips being one of the most popular brands in the US that have an array of flavors. But it’s not only America who loves their chips, but there is also a shocking variety of flavors found all over the world. You can find chili and chocolate chips baked bacon and cheese with cranberry, blueberry, brie, and seaweed flavored chips. Everyone around the world loves them, but we’re betting very few people actually know how they came to be. 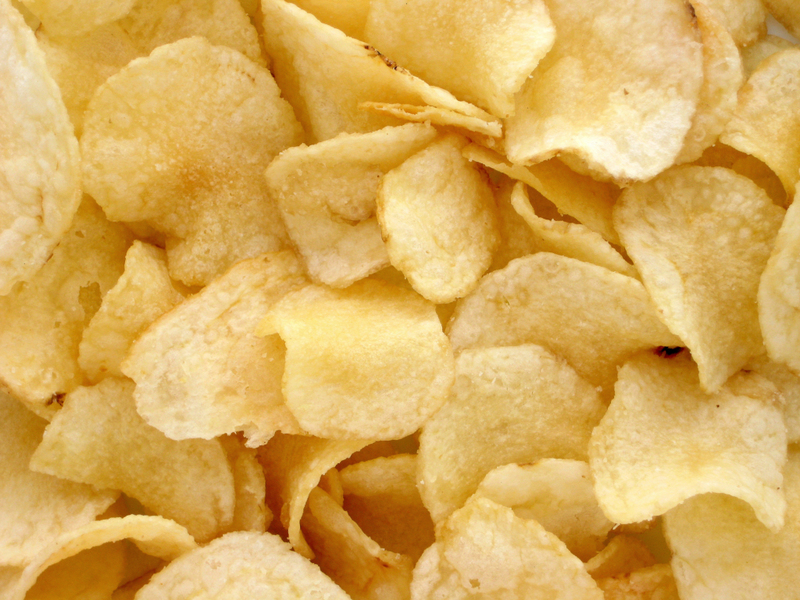 The famous tale of the origin of the potato chip is that in 1853, a chef from New York named George Crum served up a meal for Cornelius Vanderbilt, who didn’t like the thick fries and sent them back to the kitchen. In response, Crum fried up some super-thin potato shavings, almost as a slap back to his critic. The chips were well received, and the snacking habits were changed forever. As fascinating as this story may be, it’s actually not true. Historians still have no idea what the real story is, but they suspect it’s more accurate to say Crum helped popularize it, instead of inventing it. So, where did it come from?

Alamy Stock Photo
Even though he did not invent the potato chip, George Crum can still be celebrated for making them popular. He is regarded as being the first one to put potato chips on the map, as it were. When Crum opened his restaurant, Crumbs House, one of the things that made it ridiculously popular was the basket of chips he put on each table. According to Snopes, Herman Lay was one of the first people to make potato chips into a commercial endeavor. He started in the American Southeast, and his product got a significant boost in popularity thanks to a bizarre claim. Whispered rumors claimed the chips had a certain aphrodisiac quality, and that’s not the kind of rumor the enterprising salesman would try to squash. There have been a lot of snack foods that have sort of fallen off the world’s radar, but it’s virtually impossible to eat just one, two, even three chips. Try as you might, before you know it, your hand has reached into the bag over and over again, it’s at least half gone, and your thumb and forefinger are coated in that telltale salty goodness.

The Mystery of the USS Cyclops (AC-4)