These Celebrities Walked Away From a Football Career

Apr 29, 2022 | Ofek Hagag
Share on Facebook
Many of us have practiced sports as children. Few of us keep practicing as we’re older, and even fewer pursue it professionally as we know that a career as… let’s say… football player, isn’t very stable. Not only that, but it takes tremendous amounts of luck and talent to build a solid career on the football field. But you know what’s just as hard? Making it in Hollywood. Here are a few familiar faces who have had the chance of (or came very close to) doing both.

You probably know Tommy Lee Jones from action and western movies that could last for 10-15 lifetimes. But long before he was fighting aliens in “Men in Black” with Will Smith, he was tackling humans on the gridiron as a member of the Harvard Crimson football team. 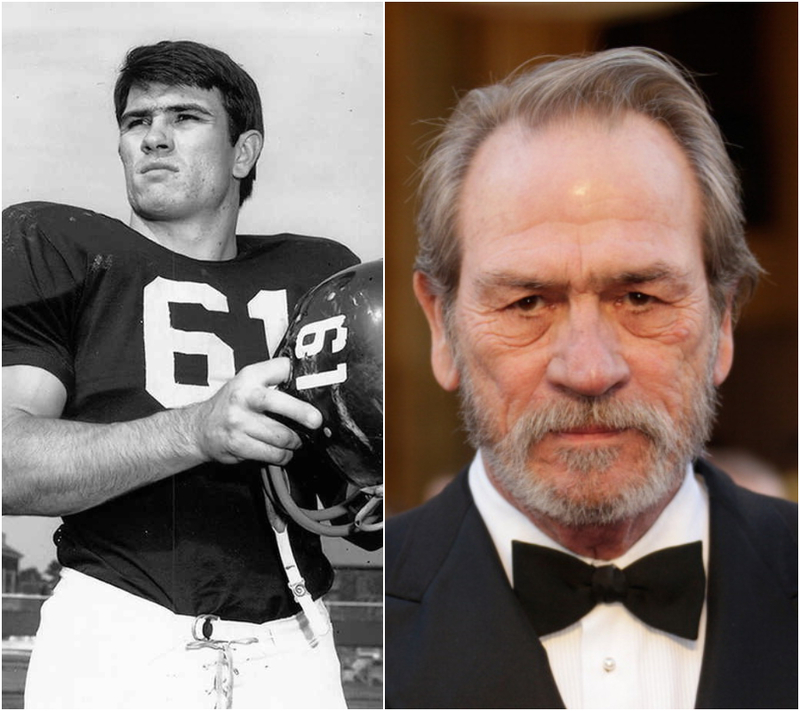 With the number 61 on his jersey, Jones played offensive guard from 1966 to 1969 and earned first-team All-Ivy League for an outstanding 1968 season.

Ed O’Neill is fondly remembered as Al Bundy, the couch TV dad from “Married… with Children,” a character that constantly made reference to his high school football glory. But that last part is actually taken from real life: What makes O’Neill’s bitter role even better is that he was an actual star on the gridiron!

O’Neill wore the #55 jersey and was talented enough to earn a football scholarship to Ohio University. He later transferred to Youngstown State and finished out his collegiate career as a defensive lineman.

Terry Crews and his titanium armor-looking body make his sports career almost too obvious. Imagine all that muscle mass wrapped up in football pads and a huge red jersey. So powerful. 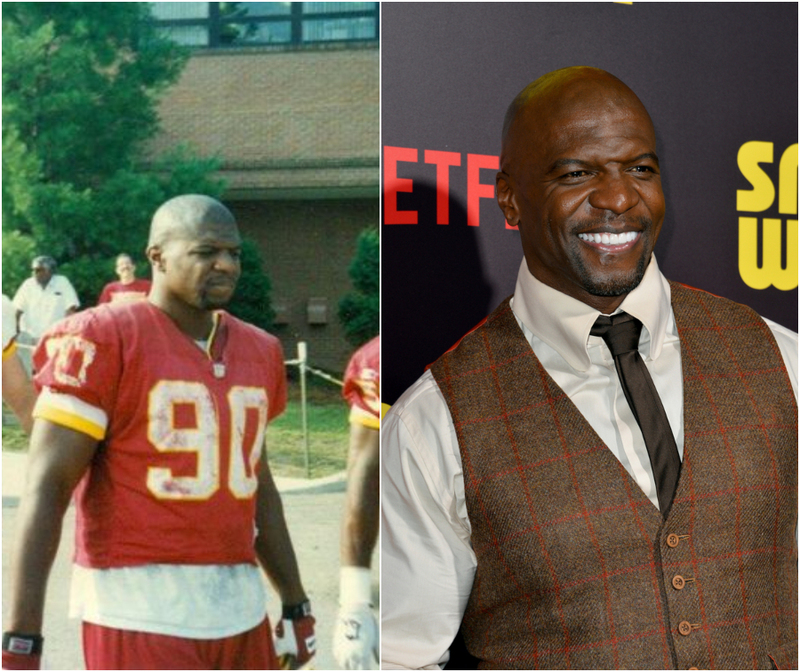 Before Crews was teaching people some lessons in productions like “The Expendables” and “Everybody Hates Chris”, he was showing people who’s the field’s real boss at both college and pro level. Crews won a MAC championship while at Western Michigan before making it to the NFL level with the Rams, Chargers, and Redskins.