Tips on How to Host a Medieval Christmas

What’s on the Menu?

In the 13th century, boar’s head was considered a Christmas delicacy. Bon appetite? Along with boar beef, geese, bread, cheese, ale, and wine were served. Christmas was also considered a time for charity and sharing food. During the holiday season in 1314, tenants at Somerset received bread, beef, chicken soup, and as much beer as they wanted for the day. 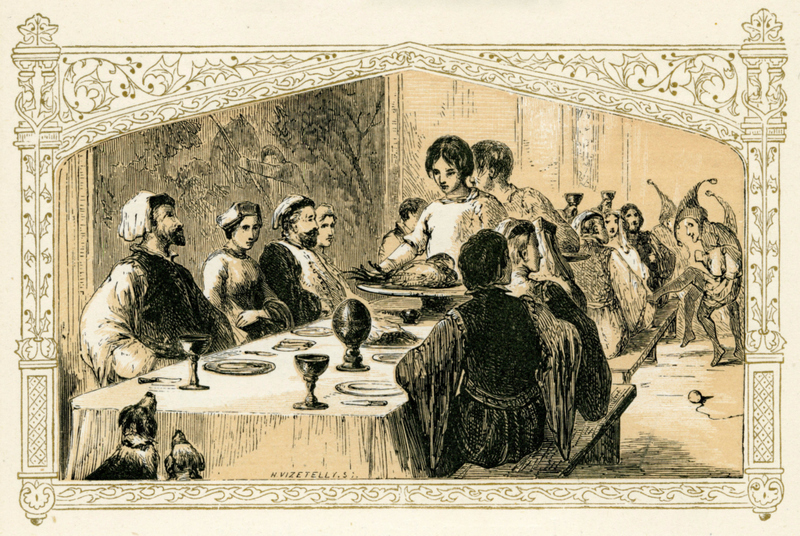 Feasting and Then Fasting

For those who celebrated Christmas, it wasn’t just one day – it was a season. Spread out for at least 12 days between December 25th to January 6th. It sounds like a fun time to celebrate, right? Well, Christmas was preceded by a month of fasting, in the season known as Advent. Advent was considered a special preparation for God’s appearance and was supposed to be a time of exile, longing, and repentance. Would you be able to follow the medieval saints and avoid the temptation? If that’s too much work, consider keeping rich foods off the menu. Fasting was a central part of that period in Europe.

When it comes to Christmas the way we know it, evergreen trees have become an integral ritual in many cultures. But Christmas trees in medieval times are hard to trace. It seems like the popularity of the tree only peaked in the 19th century. A Middle Ages alternative to evergreen trees can be decorating your house with candles, ivy and, holly.

Meet the Famous Boots-Wearing Human Skeleton
One human skeleton can shed light on the way people used to live and tell stories beyond our wildest imagination.