Uncle Sam and How He Became an American Staple

Jan 7, 2022 | Ofek Hagag
Share on Facebook
One of the many nicknames the United States has picked up over the years is “Uncle Sam.” But have you ever given any thought to the original Uncle Sam and how he became such a huge deal? Well, the first big appearance of Uncle Sam was in the famous poster reading “I want YOU for US Army” with an image of him pointing right at you. But when you think about it, the poster doesn’t have the words “Uncle Sam” written on it! In fact, the actual Uncle Sam isn’t even a soldier or a highly-ranked government personality. Surprisingly, the real Uncle Sam was a meatpacker. 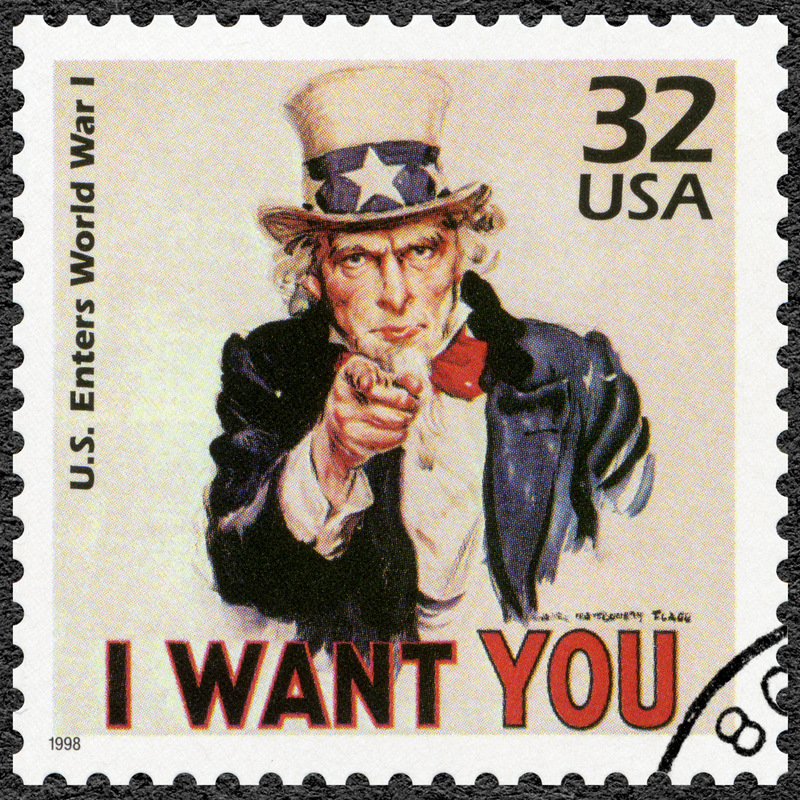 The real Sam was Samuel Wilson from New York, and he worked as a meatpacker. His connection to the US Army started during the 1812 war when he was hired to supply barrels of beef to the troops. Those barrels were stamped with the letters U.S. which obviously stood for “United States, ” but the soldiers later started referring to the delivered meat as “Uncle Sam’s.” When the story reached the ears of newspapers at the time, they got to work. Uncle Sam became a nickname for the U.S. government with the newspaper edition of September 7th, 1813. The image, however, took a few more years to be associated with the US Army.

The person who’s done the most for Uncle Sam’s image is Thomas Nast, a political cartoonist in the 1860s-1870s. Under Nast’s skilled hand, Uncle Sam got his famous white beard and American-flag suit. During World War I, Sam’s image was given some adjustments, courtesy of another artist named James Montgomery Flagg. Flagg kept the white beard but gave the man a different suit (blue jacket, red bowtie) and a star-spangled tophat. He also gave him the famous pointing hand, making him the Uncle Sam we know today. The poster with Uncle Sam’s image calling people to join the army was first printed in 1916, in the July edition of “Leslie’s Weekly,” and is somehow still popular even today.

The History of Tanks