Usain Bolt and the Moment He Broke the 100 Meter Record

Jan 6, 2022 | Ish Bautista
Share on Facebook
Usain St. Leo Bolt is the world record holder for the 100 and 200-meter dash. He hails from Jamaica and is considered one of the best sprinters of all time. He won three consecutive Olympics in 2008, 2012, and 2016. He’s well known for being the first person to ever hold both records. He also goes by the moniker Lighting Bolt for his swiftness. 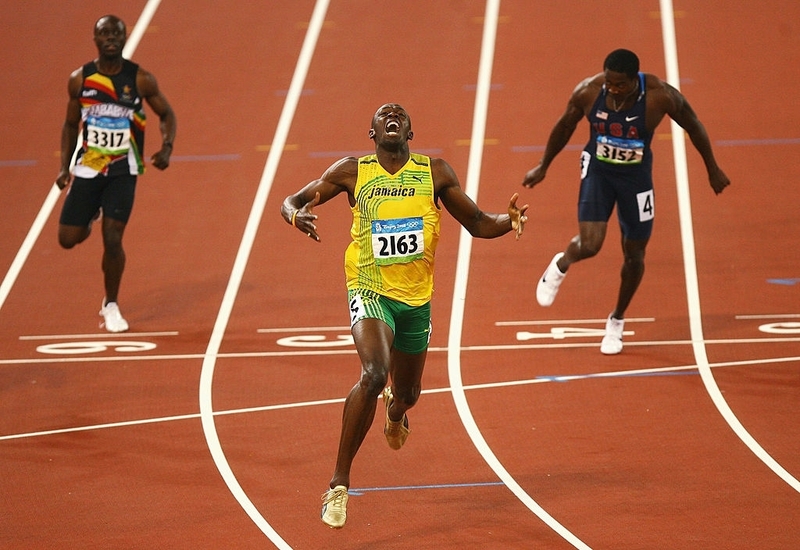 Getty Images Photo by Adam Pretty
He grew up in rough beginnings where he started off as a cashier in a rural area in Jamaica. He loved playing football and cricket in the street with his friends just like any regular kid. Later on, he showed potential in his primary school meet in the sport of sprinting. When he reached the age of 12 years old, Usain became the school’s fastest runner in the 100-meter dash. This paved the way for his future career in sprinting and competing worldwide.

In 2008, Usain Bolt’s pivotal career moment was when he shook the world with his world record at the 100 meters final in Beijing with an untied shoelace. It was considered the fastest a human had ever run at over 100 meters. He dashed his way to the finish line and even made funny faces at the camera before he crossed the line.  It was legendary because his performance shocked the world with his immense acceleration that the world had to celebrate his feat once he won. He’s considered one of the fastest humans being on the planet and his win goes to show the limits of people’s physical capabilities are beyond what we’ve ever imagined them to be.

For sprinters, the goal, in the beginning, is to block out the noise from the crowd and to focus on the race with a steady head. But Usain Bolt managed to stay calm and confident while running even with an untied shoelace. His top wasn’t even tucked into his shorts and yet he managed to get to the end of the line in one piece. 3 weeks after the race, he moved on to New York where he set another world record of 9.7 seconds. Usain Bolt is truly a legend worth remembering for his incredible and otherworldly talent.