Were The Dinosaurs In Decline Before The Asteroid Strike?

It is common knowledge among scientists that the extinction of the dinosaurs that took place roughly 65-66 million years ago was caused by an asteroid impact accompanied by extreme volcanic activity. However, whether the great lizards were thriving or were in decline, remains inconclusive.

Fossil records and mathematical predictions were used by scientists to indicate whether or the dinosaurs were already on their way out as it has been indicated that numbers were dwindling number before the asteroid struck. Researchers from Imperial College London, University College London and University of Bristol, currently using an analysis that represents the changing environment and distribution of dinosaur species in North America, have shown that dinosaurs were not necessarily declining then.

PhD student Alessandro Chiarenza, the lead researcher in the Department of Earth Science and Engineering at Imperial, stated: “Dinosaurs were likely not doomed to extinction until the end of the Cretaceous, when the asteroid hit, declaring the end of their reign and leaving the planet to animals like mammals, lizards and a minor group of surviving dinosaurs: birds.” Chiarenza also conveyed that the dinosaurs were in fact rather adaptable and could cope with environmental changes.

The study, currently published in Nature Communications, shows how the changing requirements for fossilization means previous evaluations have miscalculated the diversity of the dinosaur species at the end of the Cretaceous period. North America was the main focus for the team’s study as there are many preserved remains of late Cretaceous creatures such as the Tyrannosaurus Rex and Triceratops. During this period, a large inland sea had split the continent into two. In the western part of the US, there was a constant supply of sediment from the then newly-formed Rocky Mountains, which housed the ideal conditions for dinosaurs to be fossilized. 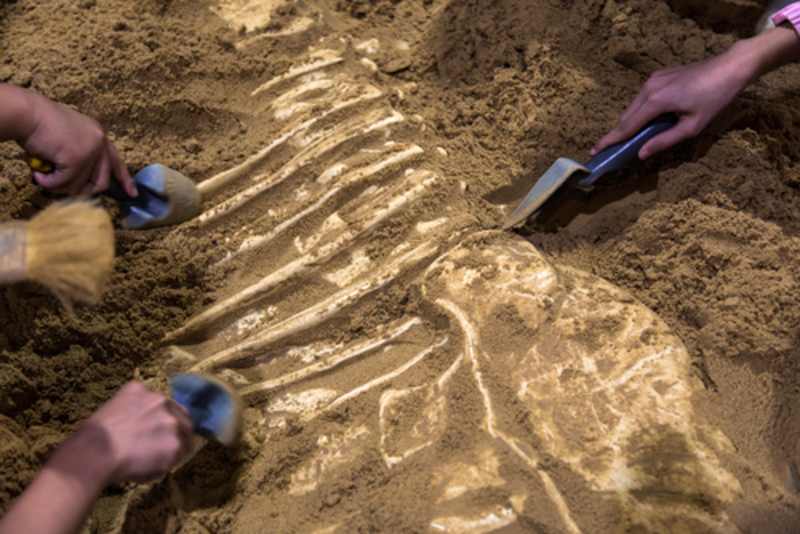 The eastern half, on the other hand, had ill-suited conditions for fossilization to take place, therefore, dinosaur fossils have been plentiful in the western half of the US. These records have suggested that the dinosaurs were in decline a couple of million years prior to the asteroid strike. Dr Philip Mannion, co-author of the study from University College London, noted: “Most of what we know about Late Cretaceous North American dinosaurs comes from an area smaller than one-third of the present-day continent, and yet we know that dinosaurs roamed all across North America, from Alaska to New Jersey and down to Mexico.”

Niche modelling was employed by the research team instead of exclusively relying on this known record. This method tells which were the best-suited environmental conditions for each species to thrive and survive. The team then charted the location of the occurrence of these conditions both across the continent and over time.

This method allowed the team to visualize the possible ideal locations for groups of dinosaurs for surviving the changing conditions, rather than basing their findings on the places where there fossilized remains were procured. The team also found out that there were a lot of habitats that could support a range of dinosaur species at the end of the Cretaceous. However, these areas were not necessarily well-suited for fossilization to occur.

In addition to what has been stated so far, areas with rich dinosaur biodiversity have a limited occurrence, which further reduces the possibility from uncovering a fossil from each of these places.

When Did We Start Thinking About Aliens?
It's fascinating to see the history behind our preconceived ideas about aliens and the very concept itself.

Three Little-Known Facts About Queen Elizabeth Stuart
Elizabeth Stuart was one of the most intriguing monarchs England has ever produced. Enjoy some lesser-known facts about her!