What Do You Really Know About the Moon Landing?

May 9, 2022 | Ofek Hagag
Share on Facebook
Every summer, on July 20th, America celebrates Moon Day, marking that pivotal day in 1969 when Neil Armstrong made history and walked on the moon for the first time. Most people know Armstrong’s name and his famous line “That’s one small step for man, one giant leap for mankind”. But there are some lesser-known facts you might like to know too! 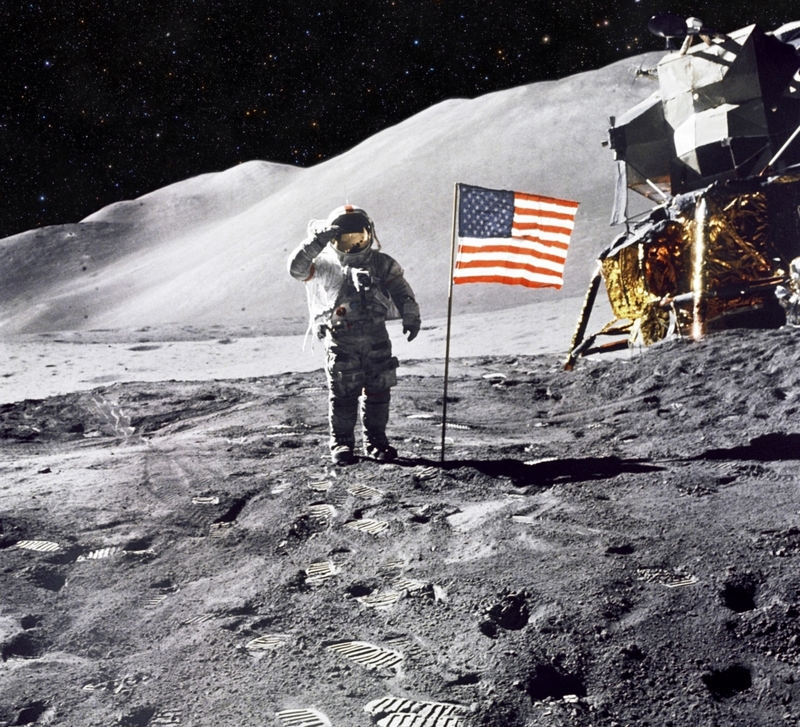 As the first person to step out of the spaceship and onto the moon’s surface, Neil Armstrong has certainly made a name for himself, but there were two other men on this mission with him. First, there is Buzz Aldrin, who’s a little less famous, and walked on the moon right after Armstrong. Then, there is Michael Collins, who piloted the spaceship and had to stay inside it while the other two were out making history.

When talking about NASA-made technology, people tend to imagine impeccably designed super-machines. But there was one small thing they hadn’t thought about: an outside handle. When the Astro-boys walked out for a moon stroll, they had to leave the spaceship door open because it had no outside handle.

It is incredibly important for all the parts in a spaceship to work properly. That goes without saying. One defected cog could make all the difference between a successful mission and a horrible tragedy. But astronauts are trained to be calm and collected in times of crisis. So, when the Apollo 11 crew realized an essential switch broke off of the instrument panel, they didn’t panic. Aldrin, who is also a trained engineer, fixed the broken switch using a felt-tipped pen and saved the day.

The living space in aa space is incredibly small. So, if the first humans on the moon wanted to leave something behind for future astronauts (or curious aliens), it had to be pretty small too. Other than the American flag, they left a little golden pin in the shape of an olive branch as a symbol of peace.

One of the many unbelievable things that happened during the Apollo 11 mission was breaking the world record for the most viewed item on television. Global viewership of 530 households watched the mission live, and it is estimated that a total of 650 million people were glued to the TV to watch history in the making. Somehow, there are still skeptics who don’t believe the event really happened.

Coming back from their mission, the astronauts landed in Honolulu airport in Hawaii. And just like any other person arriving at an airport, they had to go through customs. The form they filed states that the place they came from was the moon and that they had a few things to declare: moon rocks, moon dust, and some lunar samples for research.