What Lies in the Paris Catacombs

Apr 23, 2021 | Ofek Hagag
Share on Facebook
Underneath the romantic streets of Paris, lies a burial chamber (an ossuary, as the professionals call it) with the bones of more than 6 million bodies. This maze of limestone tunnels was built to make room in the city cemeteries, which were full to the brim with bodies. Les Innocents, the main cemetery of the city was founded in the 12th century, and the bodies there were often buried in huge pits, containing up to 1,500 bodies at a time. By 1780, the place was so overflowing the bodies started protruding from the ground. People of the city realized it was time to move the dead somewhere else. 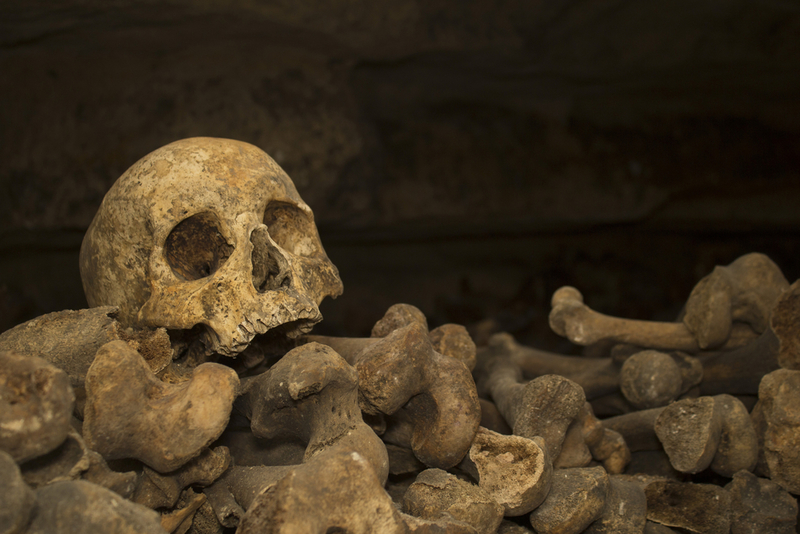 Shutterstock
It took two years to empty the cemetery (from 1785 to 1787). The bodies were extracted and dropped into a couple of old quarry wells, and miners were tasked with moving them into place. Other Paris cemeteries started using the catacombs as well after the French revolution, turning them into an intriguing attraction in the city.

The ossuary is located more than 60 feet under the city, and stretch over roughly 200 miles! In 1809, the place opened up for people to visit and surprisingly became a popular attraction, especially among royals and gentry. 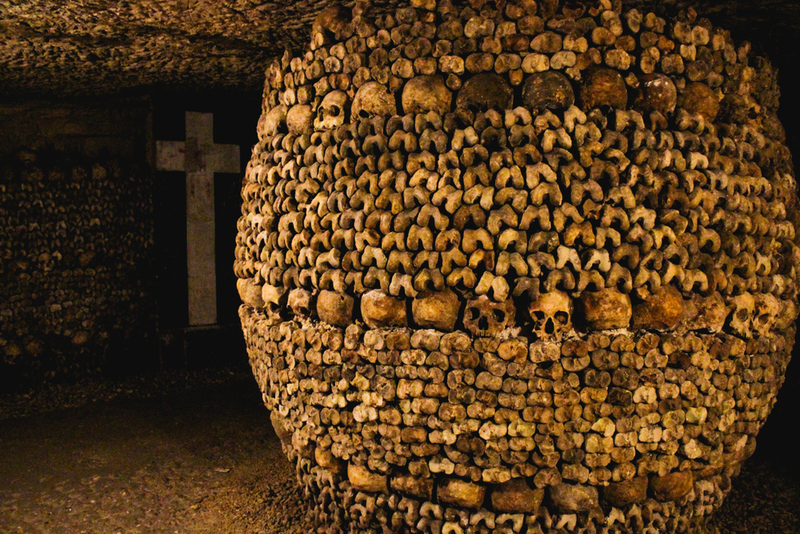 One of the things that drew people to the catacombs was the decorative arrangement the bones were set in. You see, the miners tasked with setting the bones in their new location didn’t just pile them up. Instead, they used the skeletons as decorations, covered the walls with skulls, and created other patterns with different bones. One such famous arrangement is called the Barrel. Made of tibiae and skulls, it is essentially a pillar supporting the roof of one of the tunnels.

Over the years, people have used the catacombs as more than just a macabre pastime activity. Parties were hosted there, it was used as a bunker, as a secret meeting place for French revolutionaries, and even as a greenhouse of sorts for mushrooms! 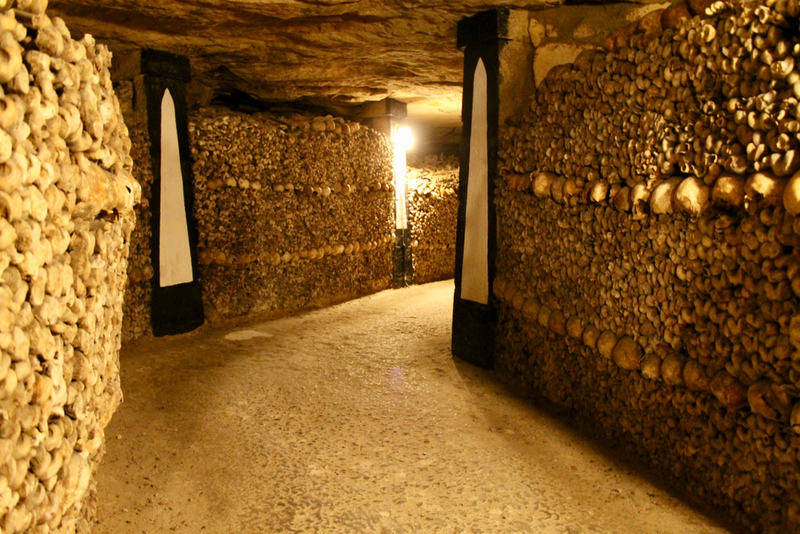 Nowadays, people are only allowed in the catacombs with a guide, and only a mile of them can be actually visited. This has been the case since 1955, but it was only a matter of time until thrill-seeking youngsters started exploring the catacombs themselves. With such a long network of tunnels, some unmapped, people found alternative ways to get in with or without a guide. Still the catacombs hold many secrets to this very day. In the early 2000s, people discovered a fully operating cinema, a restaurant, and a bar!

The Mystery of the Mary Celeste