Feb 17, 2021 | Ofek Hagag
Share on Facebook
Leonardo da Vinci needs no introduction. Everybody knows him as the man artist behind the Mona Lisa, but not many people know about the other aspects of his fascinating life as an inventor, scientist, architect, and mathematician. 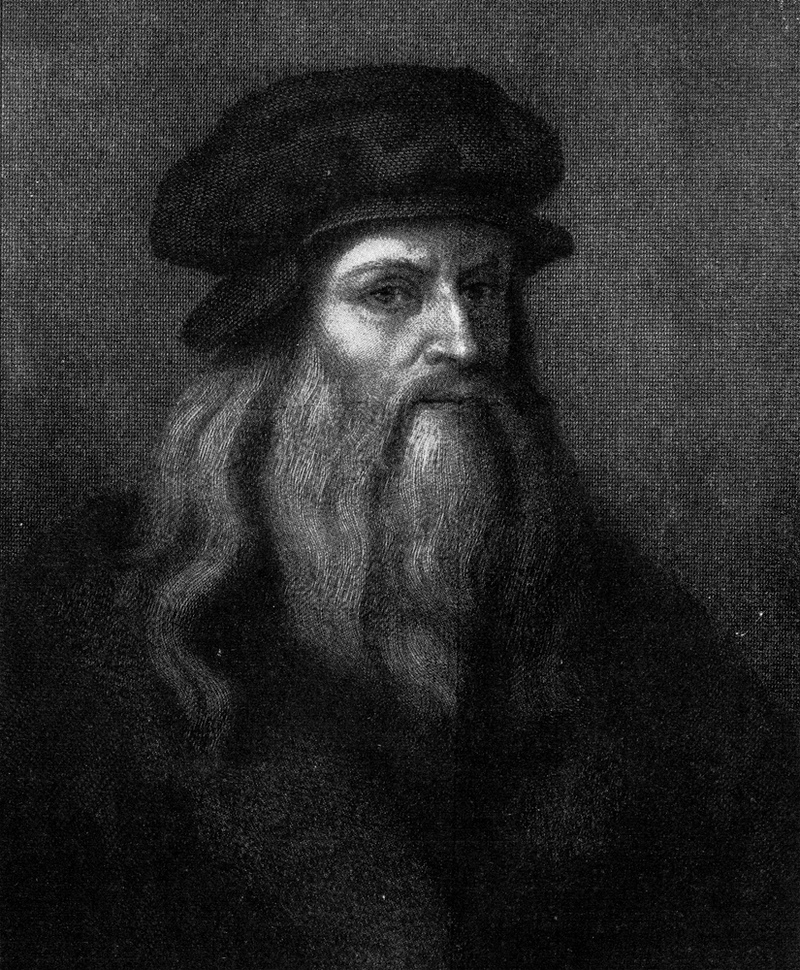 The origin of his name

Contrary to what you might think, de Vinci was not his last name. His full name was Leonardo di ser Piero da Vinci. Quite a mouthful. But it can be broken down quite simply: Leonardo was his first name, obviously. His father was a man named Piero, and he came from a place called Vinci. So basically, his full name translates to “Leonardo, the son of Mr. Piero of Vinci”.

He was known as a bright kid

Leonardo’s curiosity was evident early on. He read any book he could lay his hands on, played instruments, and mastered math so well his teachers were often left speechless. He pursued art as a mere hobby until the age of 14. That is when his father showed some of his works to Andrea del Verrocchio, one of the greatest artists in Florence at the time. Impressed with little Leonardo’s work, Verrocchio hired him to work at his workshop. Da Vinci’s progress was so quick and at such great quality, it made Verrocchio bitter. In fact, legend has it that Verrocchio stopped painting altogether when he realized Leonardo was better than him!

Da Vinci did a lot of research over the years. He documented his different studies in papers and notebooks, some of which are displayed in museums until this very day. In fact, the total number of pages in da Vinci’s handwriting we know of is more than 7,000! A big collection (the biggest in the world) of his original notebooks can be found in Paris.

His burial site is unknown

Da Vinci passed away in France at the age of 67 after having a fruitful career which impacted many during his lifetime. The church he was buried in was sadly ruined in 1789, which means the current location of his body is still a mystery.

Tracing the Origin of Spoons and Their Evolution
When we look at spoons today, we don't think much of them except that they're vital tools for our food consumption. Multiple ancient civilizations crafted their own versions..