Feb 14, 2021 | Ofek Hagag
Share on Facebook
Have you ever met someone who didn’t like flowers? We’re going to guess you haven’t. Everybody loves getting flowers, which must be why bouquets are so common in different celebrations and life events, from birthdays to funerals. Nowadays, people don’t put much thought into the flowers they pick — as long as they are aesthetically pleasing, we’re good. But did you know that in the past each flower had its own symbolic meaning and that you were able to code a full message using a single bouquet? 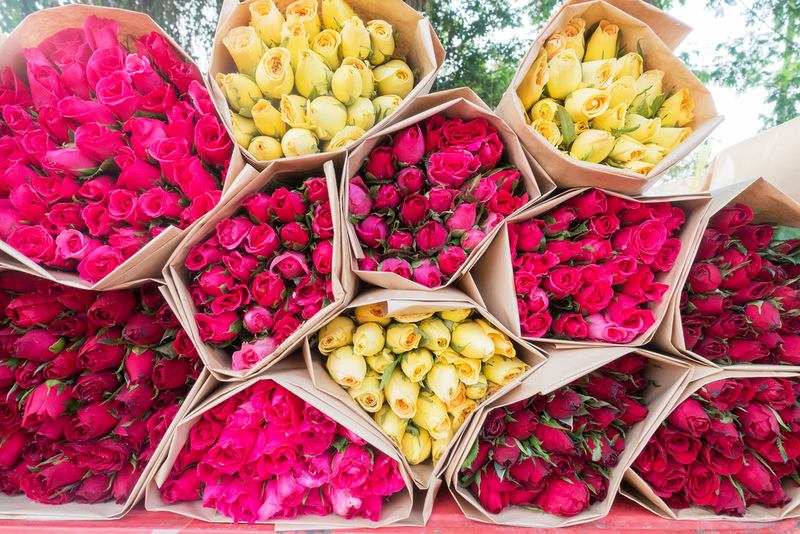 The different meanings of different flowers form a unique language known as “floriography” and it used to be common across many cultures and practiced for thousands of years Early symbolic uses of flowers even date back to biblical times! The golden age of floriography was in the 19th century. The first floriography dictionary came out in 1819 and contained explanations about flowers and what messages or emotions they stand for. Granted, many of the flower-coded emotions are of a romantic nature, but other feelings could be expressed through flowers as well. For example, in England, poppies were often used to honor the memory of fallen soldiers.

A flower was mostly assigned a specific meaning based on its color, look, or life cycle. Red roses, for example, were used to express strong romantic love (much like today). But roses of different colors had other meanings — black roses could symbolize death, pink ones could express friendship, and yellow ones symbolized jealousy. Yellow chrysanthemums, for that matter, were usually sent by secret admirers to the person they looked up to. Meanings of certain flowers were not always identical in different cultures. Tulips, for example, were used in romantic contexts, but the Japanese used red tulips to show appreciation.

The art of floriography is not common today, but it is not completely lost either. In fact, in 2011, American writer Vanessa Diffenbaugh released a novel titled “The Language of Flowers”. It told the story of a young woman who could help people by choosing the flowers which best fit their problems. The end of that book has its own flower dictionary that the readers could use to code their own flower messages.

Tracing the Origin of Spoons and Their Evolution
When we look at spoons today, we don't think much of them except that they're vital tools for our food consumption. Multiple ancient civilizations crafted their own versions..