Jun 16, 2021 | Ofek Hagag
Share on Facebook
“Thor” and “Vikings” have brought old Norse culture into the modern mainstream. But have you ever heard of Ivar the Boneless? Apparently, this legendary Viking warrior was an actual person named Ivar Ragnasson, who, interestingly enough, was the son of another famous Viking — Ragnar Lodbrok. British sources depict him as a fearsome, demon-like warrior, and the TV show, “Vikings,” is not far from it, but what parts of his story are actually true? 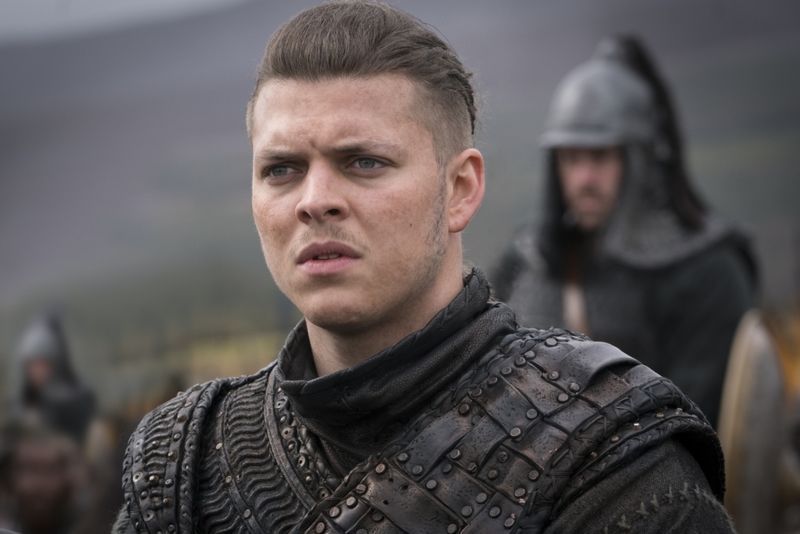 Legend has it that the “boneless” part of his name involves a curse. The myth says that Aslaug, Ivar’s mother, had some connection to the spirit world. She was warned by the spirits to not have intimate relations with her husband, Ragnar, for three days after his return from a long voyage. But the two wouldn’t listen and the spirits punished them by giving them a “boneless” baby. However, the meaning of “boneless” is still a little unclear. The TV show merely depicts him as handicapped, but other historians believe his bones were chronically brittle. Others suggest that the nickname indicates the man’s inability to perform in the bedroom. That last theory, however, doesn’t hold up as records show that he did have children. The most interesting theory behind the nickname stems from the remains of a Viking warrior uncovered in the 17th century and supposedly belonged to Ivan. The remains suggest that the warrior was 9 feet tall, and it is theorized that a warrior of such enormous height needed braces to be able to stand upright.

With the size of a bear and the cunning of a fox (as Norse legends would have it, anyway), Ivar was a force to be reckoned with at times of war. Unlike what is depicted in “Vikings”, Ivar and his brothers had great respect for one another, and they consulted him in matters of strategy all the time. Upon hearing that his father, Ragnar was killed by King Ælla of Northumbria by throwing him into a vipers’ pit, the boneless warrior swore to get his revenge on the entire kingdom of Northumbria and formed what the English called “The Great Heathen Army.” Legend has it that his soldiers carried him on a shield (which might support the theory of him being crippled) and wreaked havoc on the kingdom. The icing on the cake of revenge was torturing to death the king who killed his father.

Ivar didn’t just settle for killing King Ælla and taking over Northumbria. He and some carefully selected heathen warriors went inland to terrorize other parts of England. Knowing that one of the strongest areas in the country was the kingdom of Mercia, Ivar and his soldiers obviously headed there. They plotted attacks for about a year and eventually overtook the main city of Nottingham, killing everyone they possibly could. From there, it was only a matter of time until all of England was dreading Ivar and his crew. By 870 AD,  Ivar had control over areas from Britain to Dublin. Surprisingly, Ivar didn’t die due to war-related causes, but from a mysterious disease around the year 873.

How to Put Together the Perfect Medieval Meal
We may not have a time travel machine, but we do have the complete guide to the food and customs during medieval times.

100 Years of Swimsuits
It's always swimsuit season somewhere, right? People have enjoyed taking a dip in the ocean, the pool, or a random lake somewhere. But have they always had the proper attire..