Stolen ‘Life’ Magazine Returned After Half a Century

The Cuyahoga County Public Library, through its Parma branch, received a highly unusual package delivered by the US Postal Service. Inside it was a personal note, along with a $100 bill. The main item delivered was an anachronistic Life magazine featuring the Beatles, in its September 1968 issue. 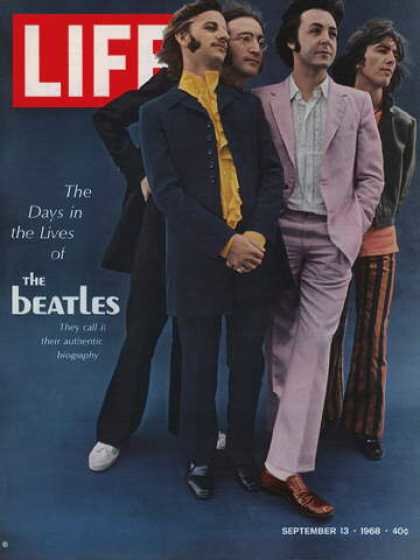 The librarians were confused, since they never kept such issues that old, but the stickers on it were immediate proof that it belonged to the library. Then they realized, after reading its note, that it had been stolen some 51 years ago, and the thief, which must have been a student at the time from neighboring schools, had decided to return it. The note read: “Hello, I stole this magazine from the Parma Ridge Road Library when I was a kid. I’m sorry I took it. I’ve enclosed a check for the late fee.” Robert Rua, staff of the Parma branch, says it was sent by a certain “Brian.” The handwriting on the waybill is messy and unintelligible, but it seems to be mailed from a US Air Force base. 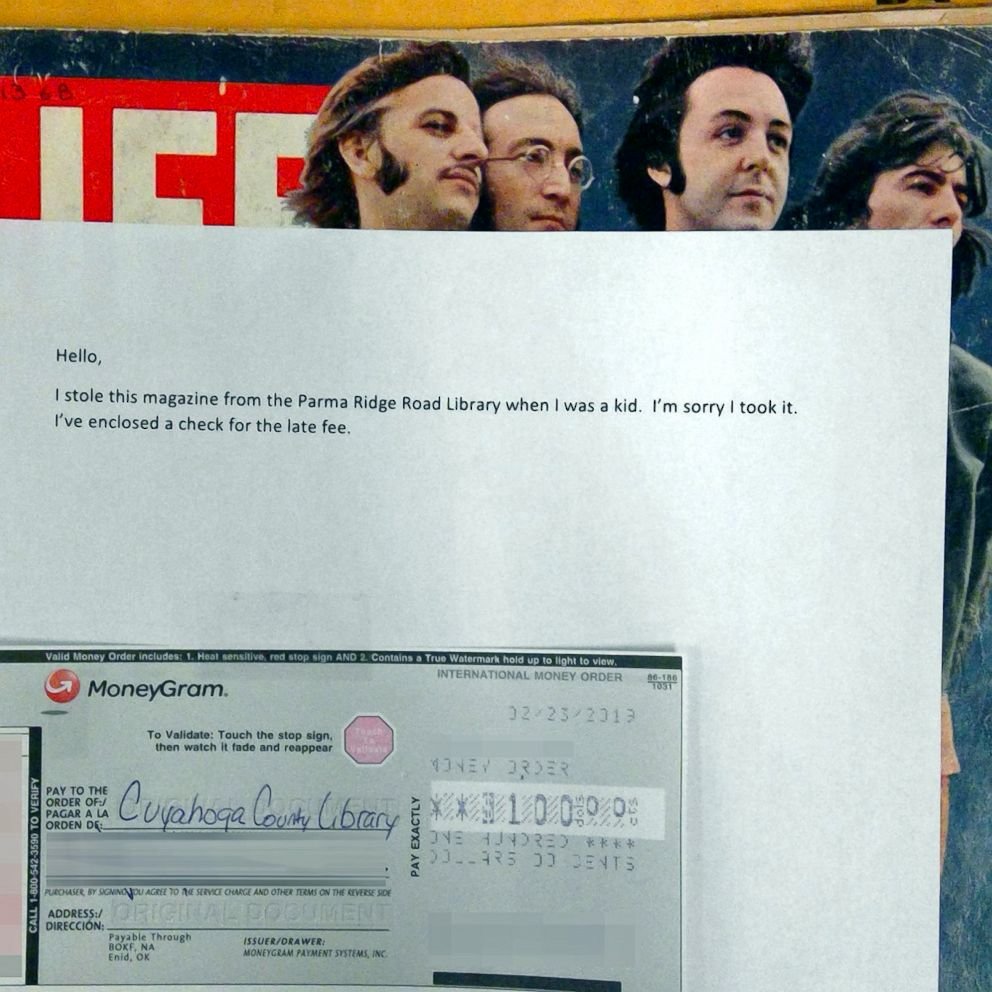 Brian’s identity remains a mystery, and who knows what made him return it now, after more than half a century. The magazine is still in decent condition. It contains significant historical news on then-president, Richard Nixon. The main story is about the Beatles, just a couple of months before the release of their White Album, and 2 years prior to their shocking disband. It also contains the first part of the only certified bio of the Beatles, authored by Hunter Davies. The librarians plan to showcase the magazine along with its note and outlandish story. A plaque beside should say, “It’s never too late to return your library items,” Rua said.