Wheat and How We Domesticated It

Jun 12, 2022 | Ofek Hagag
Share on Facebook
Unless you’ve had zero gluten from the second you were born, you must be quite familiar with wheat. A central component in many of the foods we eat today, it is the second most common grain in the world (coming in second after rice and followed by corn at number three). It’s so common it’s easy to forget that it used to be a wild grain before we domesticated it and introduced it to our daily menu. But how did this process even happen? 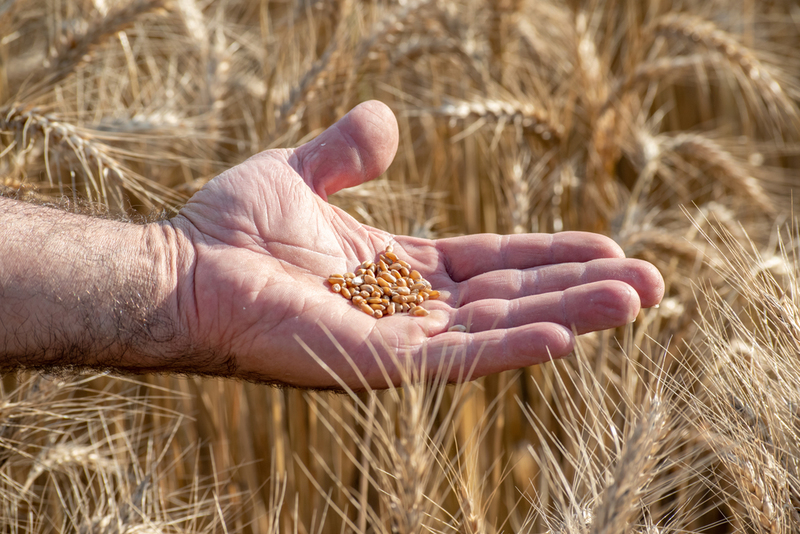 Before agriculture was even a thing, people used to hunt and gather. It took them some time, but they eventually realized what the life cycles of certain plants were and started adjusting their actions accordingly. Ten thousand years ago, people living in the modern-day Middle East did just that with wheat. They carefully selected wheat crops that had more of the qualities they desired (bigger grains, better stability, etc.) and began cultivating them.

Wheat proved to be very receptive to that cultivation process. Ultimately, they created a whole new species of domesticated wheat, which was easier to farm than the wild one. That good human-wheat relationship ended up in no less than 13 different types of domesticated wheat we use today. Each of those types has its own specific uses. (Did you know bread wheat and pasta wheat are not the same?)

Know it when you see it

The key difference between wild and domesticated wheat today is the spikes. The spikes on wild wheat shatter very easily, whereas the ones on its domesticated counterpart don’t. These little spikes are what helps the wheat hold on to its seeds better. They also make the wheat easier to harvest.

Except for Antarctica, wheat can be found on every continent. When you add that to the fact that wheat was so receptive to domestication, it easily explains why bread and other wheat products are so common today. China, India, and the US are the world’s leading wheat farmers.

Wheat has been in use in many other non-food products and industries for a long time. In medicine, for example, wheat was used to treat skin conditions, pain, asthma, and more. Nowadays, it is an ingredient in facial cleansing products and hair conditioners, among other things.